Each year Children 1st lock up teams of people from Aberdeenshire into Aberdeen jail HMP Craiginches. They are quickly processed through the Aberdeen judicial system and sentenced to 15 hours on the run. The Craiginches warder turns his back to allow teams to break out from jail and make good their escape. To add to the fun their are prizes such as an award to the team that can travel the furthest. Other prizes during the Jailbreak Challenge Aberdeen Children 1st are the best team name, strangest destination, most sponsorship raised and the best fancy dress.

The CHILDREN 1ST JailBreak Challenge 2009 will take place at Her Majesty's Prison Craiginches on Saturday 5th September 2009 at 9am. Don't miss your chance to use all of your creative cunning to out smart the wardens!"


The rules of the Jailbreak Challenge Aberdeen Children 1st are that teams of escapees are not permitted to spend any money on transport during the 15 hours of their on the run experience, though they can make plans beforehand, and must avoid capture by the wardens.

Destinations that escapees taking part in Jailbreak Challenge for Aberdeen Children 1st include Amsterdam, Barcelona, Paris and the Shetland Islands. 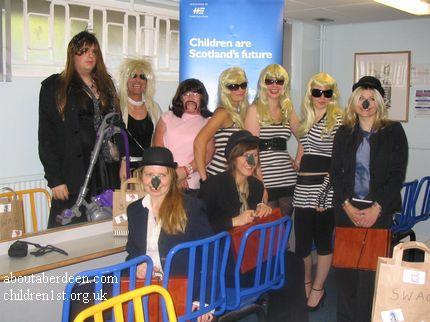 More information about the Jailbreak Challenge or an escape pack can be obtained from Aberdeen Children 1st on telephone number (01224 251151) or their website at www.children1st.org.uk