Macdonald Pittodrie House at Chapel of Garioch just outside Inverurie, dates back to 1480 and is a stunning building steeped in Scottish history which saw famous Scot's such as Robert The Bruce and the Marquis of Montrose. 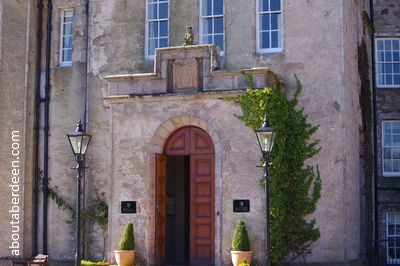 The turrets and spiral staircase of the Hotel adds to its charm and the log fires in the winter and four poster beds combines a romantic feel.

The Hotel has some stunning views of the hills of Grampian which includes Bennachie Hill. Visitors can expect to see some Scottish wildlife such as deer, buzzard, foxes and wildcat in the surrounding Country Estate 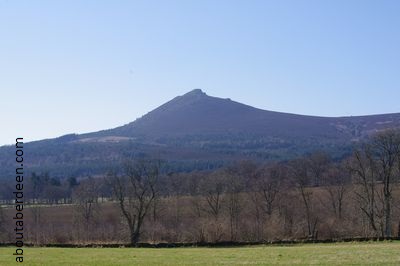 
Pittodrie House has its own Victorian walled garden and guests can enjoy a game of lawn croquet. Indoor facilities include a billiard room, drawing room and a library. Pittodrie House in Inverurie is famed fro its antique glass and china collections which are on display for guests to enjoy. Do look out for the bonnie white embroidered Persian bedspread which is on display in glass.
The restaurant at Pittodrie House Hotel Inverurie uses local ingredients for its combined traditional and new cuisine menu and the bar has over 160 malt whiskys to enjoy. 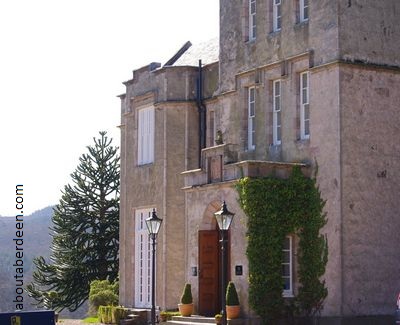 
Guests at Pittodrie House Hotel can enjoy a wide range of outdoor sports in the estate which includes
For more information or to book a room visit their website at www.macdonaldhotels.co.uk


The original Pittodrie House was burnt down at the time of the Covenanters by Montrose. It was then rebuilt in 1675.

The Erskine family were the original owners of Pittodrie House but their family died sown with no inheritors and the House was bought in 1898 by the grandfather of the present owner Theo Smith. He had turned his grandfathers home into a hotel in 1977 (cited in the book Claire Macdonalds Scotland


Read About The Ghost.

A special Easter Lunch takes place at Pittodrie House Hotel Inverurie for 2008. There is a choice of a three course carvery with coffee in the Ballroom or a three course choice menu with coffee in the Restaurant. Bothe start at noon and finish at 2pm on Easter Sunday 23 March 08. Pittodrie House Hotel in Inverurie will also be entertaining the children with and Easter Egg Hunt and other kids Easter games.

In March 2008 the Hotel In Inverurie, Pittodrie House, was awarded four star status by the AA. Previously Pittodrie House has boasted three stars from the AA. The Inverurie Hotel was rewarded for their high standards of service, their sensitivity for their facilities and refurbishment and the way that Pittodrie Hotel Inverurie focuses on staff training.

In 2007 Pittodrie House underwent a refurbishment.