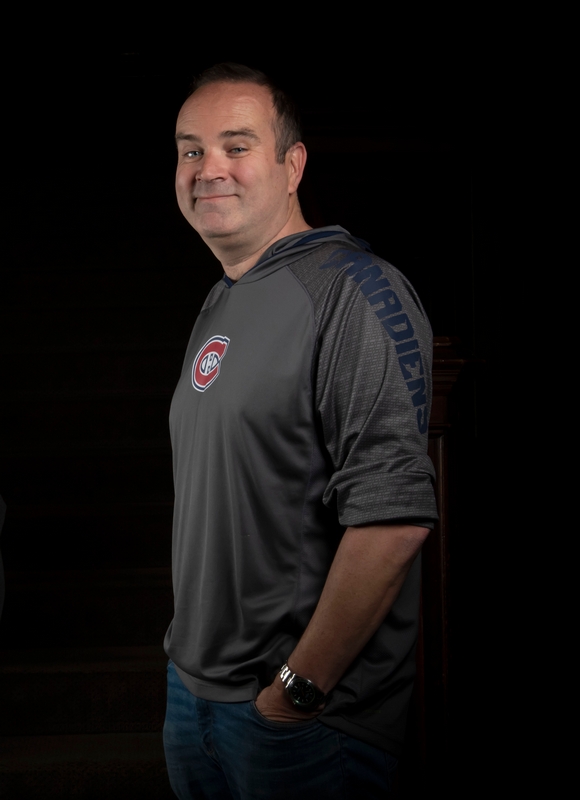 Greg Hemphill was born in Glasgow, Scotland, UK in 1970 but moved with his family to Montreal, Canada. He moved back to Scotland to study at Glasgow University where he attained an MA Honours Degree in theatre, film and television.


Greg made his acting debut at the Edinburgh Festival Fringe in 1990.


His theatre work includes roles in God Plus Support and Only an Excuse. He is a regular on the comedy circuit.


Greg Hemphill is best known for his writing and co-starring in Television series Still Game and Chewin The Fat with Ford Kiernan. He has also appeared on Rab C Nesbitt, Live Floor Show, Baldy Man, Pulp Video, The Kirsty Wark Show and Only An Excuse.


As well as writing for Still Game and Chewin The Fat he has written for Channel 4 programme Space Cadets, BBC's Pulp Video and The Ferguson Theory.


An Appointment with the Wicker Man

An Appointment with the Wicker Man is written by Greg Hemphill and Donald McLeary and is based on the cult film that starred Edward Woodward, Britt Ekland and Christopher Lee. An Appointment with the Wicker Man is directed by Vicky Featherstone and produced by the National Theatre of Scotland and in an homage to the cinema classic sees a leading go missing and a television policeman from the mainland comes to investigate. It will be performed at HMT Aberdeen from Tuesday 21 February to Saturday 25 February 2011.


He has presented programmes for the radio, including Radio Scotland (Off The Ball), Radio Five Live (The Games Up and The Eddie Mair Show) and BBC Radio 4 (Weekending).


He has presented programmes for the radio, including Radio Scotland (Off The Ball), Radio Five Live (The Games Up and The Eddie Mair Show) and BBC Radio 4 (Weekending).


Greg is married to actress Julie Wilson Nimmo and they have two sons called Benny and Chevy. Julie plays Miss Hoolie in the children's programme Balamory. They met whilst working on Pulp Video.

Read more about Chewin The Fat.

Read the biography of Ford Kiernan.

I don't know if it is all gossip but I have heard a rumour that Greg Hemphill is to star as ship's engineer Scotty in the new Star Trek XI film by Director J.J. Abrams who filmed Lost and Alias. Though I have heard that fellow Scot James Mcavoy who recently starred in Atonement is to play Scotty. It would be great if Greg Hemphill starred as Scotty because he used to do an hilarious sketch in Chewin The Fat where he played a mock of Captain James T Kirk of the Starship Enterprise opposite Ford Kiernan.