Menie House belonged to the Forbes family and dates back to the 18th Century. 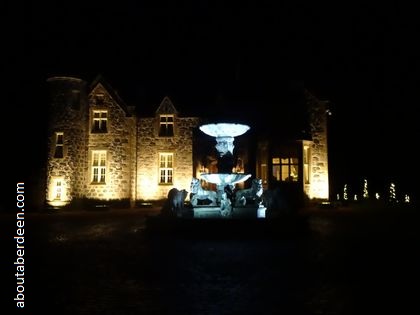 It was built on the site of an ancient castle.


The cellar is reputed to be haunted by a Green Lady ghost. 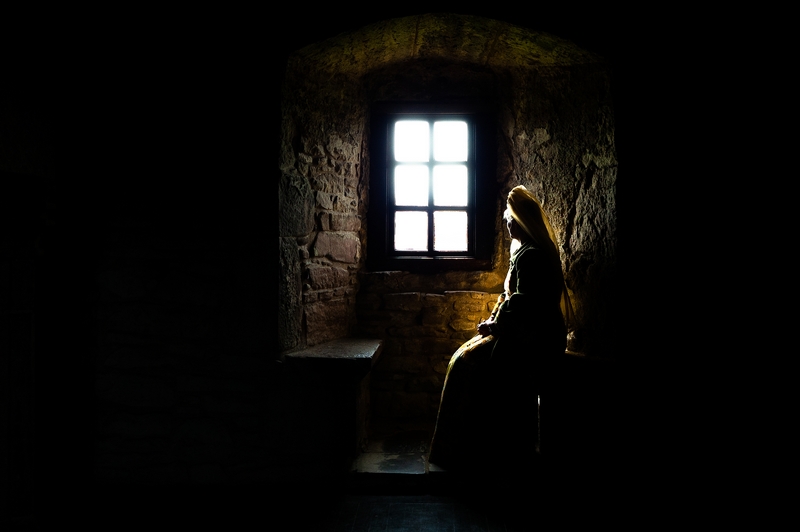 Menie House (and the Green Lady Ghost!) now forms part of the Donald Trump Estate Golf Course in the Menie Estate and has been renamed MacLeod House.

The Golfing Resort is claimed to become the best in the World and will be called Trump International Golf Links. I hope the Green Lady doesn't put the golfers off their game!


Menie House was purchased in 1955 by the Lowdon family for Â£250. It was later sold with the surrounding land to American businessman Tom Griffin for Â£25,000 after lying empty for five years. In 2006 it was sold, along with the 800 acres of land, to businessman Donald Trump.

Menie House was then renamed MacLeod House in January 2009 by Donald Trump in memory of his Scottish mother Mary MacLeod who was born on the Isle of Lewis. The Estate will continue to be called the Menie Estate.

If developed the Trump International Golf Links at Balmedie will have two championship golf courses, a five star hotel, a golfing academy, a turf grass research centre and a mixed residential development. It will be the first golfing venture by Donald Trump in Europe and largely came about by the efforts of Scotland's First Minister Jack McConnell. It took five years of research by the Donald Trump Organisation and beat off competition from 200 other European sites.

For more information about the Donald Trump Golf Course Resort at Balmedie, Aberdeen, Scotland see the official website at www.trumpgolfscotland.com
Aberdonians and visitors to Aberdeen can show their support to the Donald Trump proposals by visiting the Support Trump International Golf links Scotland website at the same url.


On Thursday 13 December Aberdeenshire Council sat to discuss the future of Menie House and Estate and the Trump development. Several days before the Scottish Government First Minister, Mr Alex Salmond, met Mr Donald Trump in his role as Scottish Nationalist Party (SNP) Member of Scottish parliament (MSP) for the area.

Aberdeenshire Council backed the plans of the Trump estate which has affectionately been nicknames locally as Trumpland and Trumptown. This followed a high media campaign locally and internationally asking the Council to back the Trump plans. This included a petition in the local newspaper, The Evening Express, which also produced a free poster asking locals to back the Donald Trump golf centre in Balmedie.

On Tuesday 4 December 2007 the Scottish Government took the unusual decision to rule on the Donald Trump plan for the Golfing estate at Menie House and Balmedie Beach. The Scottish Government called in the application, effectively taking control of the decisions despite the planning application being rejected by the Aberdeenshire Council Infrastructure Committee after a 7 to 7 vote that needed the casting vote of Liberal Democrat Mr martin Ford.

The Scottish Government recognised the unique importance of Donald Trumps plans in Aberdeen and sought to discuss them at a national level.

On the 29 November 2007 the Infrastructure Services Committee sat to decide on the plans of Menie House estate submitted by Mr Donald Trump. They cast a seven to seven vote and the casting vote was to decline the plans in their current form. It is hoped that Donald Trump may still appeal to the Scottish Government so that he can build his gold course in Balmedie in another form rather than leave Scotland.

On the 20 November 2007 the Formartine Area Committee Councillors sat at Balmedie Primary School and debated the benefits and disadvantages of the plans of the Donald Trump development at Balmedie and MenieHouse. The plans for the 1Â£ million development were passed by the councillors with a vote of 7 to 4.

This positive vote gave outline planning permission for the Menie Estate scheme. This is the first step towards the development of a golfing centre and golf course at Balmedie beach. The Aberdeenshire Council Infrastructure Services Committee (ISC) will now meet on Thursday 29 November 2007 to rule on the proposal because Mr Trump wants to build new housing in the estate.

The ISC will then give a decision on their willingness to approve the application by Mr Trump and then a decision has to be made by the Scottish Government because the plans affect the local development policy and there have been objections by the Scottish Natural Heritage.

Mr Donald Trump was unable to attend the meeting but his representative and Trump Development Director Mr George Sorial was in attendance and gave the good news directly to Mr Trump by mobile phone.

In September 2007 the Formartine Area Committee and Aberdeenshire councillors sat to decide on whether to allow planning permission for the Donald Trump Â£1 billion 18 hole golfing complex. They also went to Balmedie and Balmedie Beach for a site visit. A report was written by Lesley Aitken.

The Committee and Councillors had to consider 105 objections and 327 letters of support. Other factors for consideration is the long term tourism attraction which may attract events such as the Ryder Cup or The British Open Championship. Much like the oil boom of the 1970s it is though that a Donald Trump golf centre would bring jobs and improve the Aberdeen economy. For example the construction alone would bring about 6000 jobs.

It is thought that the homes in the estate would cost between Â£400,000 and Â£1 million and the price of each house at the Aberdeen Donald Trump estate would include a green fee of Â£6000 for membership to the 18 hole golf course.

Opposition to Donald Trump's plans come from the RSPB and the Scottish Natural heritage because of the impact work would have on this site of special and scientific interest, especially the shifting sand dunes of Balmedie.