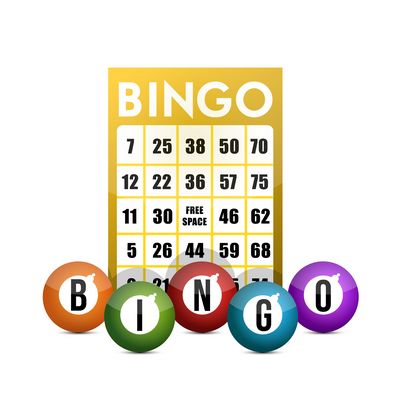 The yearly winner of Scotland's bingo caller award for 2005 was Graeme Garioch from Aberdeen.


Graeme works at the Mecca Bingo Hall in Aberdeen and had only been bingo calling since 2003, when he gave up his job as a bus driver. A life long bingo player, Graeme won the award for his witty repertoire.

He was awarded the trophy at the County Bingo Hall in Coatbridge, Lanarkshire on the 12th September 2005.


Graeme Garioch took the career change of becoming a bingo caller when he developed sleep apnoea which caused him to suddenly fall asleep during the day. He had to give up his job where he drove buses for safety reasons. This caused him to take early retirement on advice of his Doctors at the young age of 49. Aberdeenshire buses loss was Mecca Bingo Hall's gain where Graeme Garioch learnt to use his natural skills to entertain bingo players of all ages as he calls the bingo numbers.

In 2006 BBC Television filmed a programme about Graeme Garioch, his career change and his medical condition and how he overcame his problems. It is part of the 24/7 series and the episode Graeme features in is called Mr Bingo. It will be broadcast on St Valentine's Day on February 14th.


Deal or no Deal


In April 2007 Graeme Garioch again returned to television when he appeared on Deal or no Deal on Channel 4 with Noel Edmonds. He appeared as a contestant helping the gameshow players with their red boxes. He got to open his own red boxes on Deal or No Deal on the 4 May 2007. At the end of the game of Deal or no Deal he had the option of a £250,000 or a £3000 box. He got a phone call from the banker with an offer of £101,000 which Graeme Garioch accepted. Just as well since the box he had chosen only contained £3000. At the time of winning Graeme Garioch was the fourth highest winner of Deal or no Deal.

Graeme Garioch auditioned for Deal or no Deal in June 2006 and attended the Bristol studio for recording in 26 February 2007 and had to film 18 shows before appearing as the main contestant.

Graeme Garioch lives in Mastrick, Aberdeen with his partner Kathrine. Fame hasn't gone to his head and he can still be heard calling out the numbers at Aberdeen Mecca Bingo Hall. He was educated at Summerhill Academy and Fernielea Primary School.

Information about the Mecca Bingo Hall in Aberdeen.

In September 2007 Graeme Garioch made it through to the 2007 National Bingo Caller of the Year Competition when he won entry to the final stage of the Scottish regional finals. Graeme Garioch was one of five finalists from Scotland. The grand final will be held on 25 October 2007 at Carlton Bingo Club in East Kilbride. Then the national bingo caller of the year gala will be held later in the year.

Bingo caller James Cooke won the Scottish National Bingo Caller of the Year Competition and represented Scotland on the 25 November 2007 in London. It took place at the Mecca bingo hall in Wood Green. The National Bingo Caller of the Year Competition winner will win a trip to America where he or she will call the number out in a bingo game at a top Las Vegas Casino.

The James Cooke is a bingo caller for Mecca in Fountain Park in Edinburgh. James' first job in bingo was as a cash line games caller before going on to call the bingo numbers in the main bingo games. So far no Scots person has won the National Bingo Caller of the Year Competition.

The Fountain Park Mecca bingo hall was Europe's first electronic bingo hall with touch screen bingo cards rather than card or paper with dabber pens. James Cooke has ran bingo games at Mecca in Edinburgh with jackpots of up to a quarter of a million pounds. Sadly though this has meant that the bingo catchphrases have had to be replaced with simply calling out the numbers because games have been nationwide networked to allow large cash prizes and need to be called much faster throughout the UK.

Unfortunately James Cooke did not win. The winner of the National Bingo Caller of the Year Competition 2007 was Blake Robson who calls the bingo numbers out at the South Shields Mecca Bingo Hall in Dean Road.