Information about the Glencoe Ghosts including the anniversary ghost appearances and hauntings from the Glencoe Massacre: 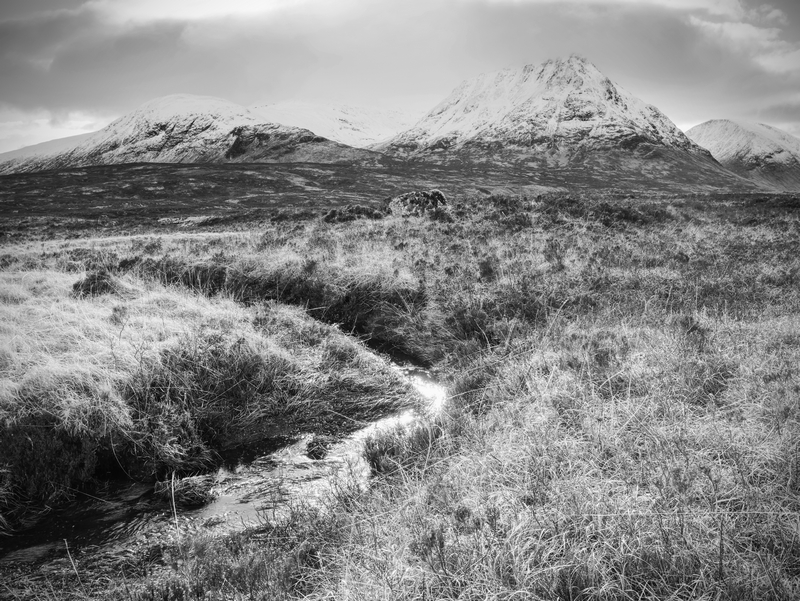 The Glencoe Massacre took place in the early hours of 13 February 1692. Government troops, led by the Campbells, slaughtered the MacIans (a sept of the MacDonalds) in their settlements in Glencoe in Argyll, Scotland.

On the anniversary of the Glencoe Massacre the Glen is haunted by the Glencoe ghosts who re-enact the massacre. The screams and cries of men and women can be heard throughout Glencoe whose name in Gaelic means "The Valley of Weeping."


To understand why the MacDonalds were slaughtered by the Campbells we will describe a bit of the Glencoe massacre history. It all started in August 1691 when King William III (William of Orange) offered a pardon to the Highland clans who had taken part in the Jacobite Uprising against him on condition that the clan chiefs signed an oath of allegiance in front of a Magistrate before the 1st January 1692.

The twelfth chief of Glencoe was Alastair MacIan and he was not sure about signing over his allegiance, so left his decision as late as possible, the last day of signing. When he had finally decided to sign over his clan allegiance to King William III he missed the deadline because he went to the wrong place to sign the oath. He had arrived at Fort William on the 31 December 1691 but the Governor, Colonel Hill declared that he was not authorised to receive the oath and told the chief to go to Inverary Castle where the Sheriff of Argyll, Sir Colin Campbell, could hear his oath. The Colonel did give Alastair MacIan a letter of protection and a letter explaining to the Sheriff that the chief had come to him in time to take the oath of allegiance on behalf of his clan. He also gave the chief his personal assurances that no reprisal would behalf him before he could make his case before the King or his Privy Council.

The chief and his men made their way to Inverary but the harsh winter weather delayed them and they were detained by Captain Drummond of the 1st Battalion of the Earl of Argyll's Regiment of Foot at Balcardine Castle for one day.

When the clan chief did eventually get to Inverary Sir Colin Campbell was not there and the chief had to wait three days for his return. The oath was then taken and signed by Alastair MacIan. Even though he had eventually kept his word and signed allegiance some factions of the Government took advantage of this delay and saw it as an act of betrayal.

The Government seized upon this opportunity to make an example of the clan and get rid of their enemies so sent two companies of soldiers, about 120 men, to Glencoe to the clan. They were led by Captain Robert Campbell. The innocent MacDonalds offered hospitality to the Government troops, not knowing the troops were there to make an example of them. A few day's later, at 5 am on the 13 February 1692, all women, children and men of the MacDonalds were slaughtered. Thirty eight members of the clan were killed across the Glen at Invercoe, Inverrigan and Achacon whilst they were still in their beds. This included the clan chief Alastair MacIan. These innocent victims even included the niece (Rob Roy MacGregor's sister) and her husband of the Government leader Captain Robert Campbell. Other members of the MacDonalds were killed as they fled the swords of the Government troops and those who did survive the massacre died from exposure in the harsh Highland weather because their homes were burned by the soldiers.

It is said that the orders for the attack were signed by King William and involved many people including John Dalrymple the Master of Stair and the Lord Advocate, Sir Thomas Livingstone, who was the commander of the forces in Scotland.

Two officers, Lieutenant Francis Farquhar and Lt Gilbert Kennedy refused to carry out their orders in the massacre and broke their swords. They were imprisoned for insubordination but later exonerated and released. They both later gave evidence against their superior officers. There was much legal wrangling over the orders of the massacre, especially as the King had signed the orders. The senior officers were captured during fighting in France and escaped prosecution whilst John Dalrymple was deemed responsible for the orders. Since then the playing card the nine of diamonds has been known as the Curse of Scotland because his orders for the massacre were written on this card.

There is an annual wreath laying ceremony on the anniversary of the Glencoe massacre by the Clan Donald Society of Edinburgh and clan members of the MacDonalds and locals attend. Many clansmen come from abroad to attend the ceremony. It takes place at a memorial in the village of Glencoe.