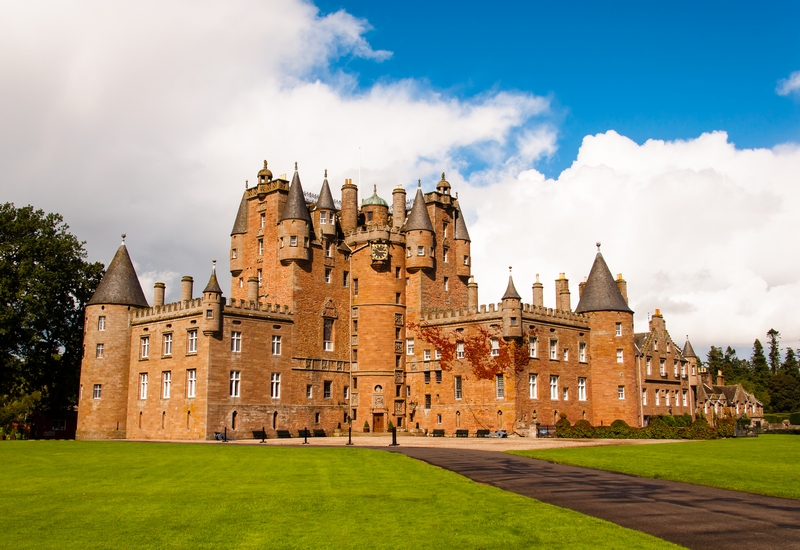 Reputed to be the most haunted castle in Scotland, Glamis Castle is certainly a most beautiful and well preserved castle with an impressive mile long drive and some stunning gardens and walks.


The History Of Glamis Castle

Glamis Castle was the family home of the Earls of Strathmore and Kinghorne and was a royal residence since 1372, notably the childhood home of Her Majesty Queen Elizabeth The Queen Mother. It was also the birthplace of Her Royal Highness The Princess Margaret (1930) and has in the past been visited by Royals such as Mary Queen of Scots (in 1562) and The Old Pretender - King James VIII (1716).

Myth has it that Glamis Castle was the setting for Shakespeare's famous Scottish play Macbeth.

The Thaneage of Glamis was granted to Sir John Lyon by King Robert II in 1372 and in 1376 he married his daughter, Princess Joanna. 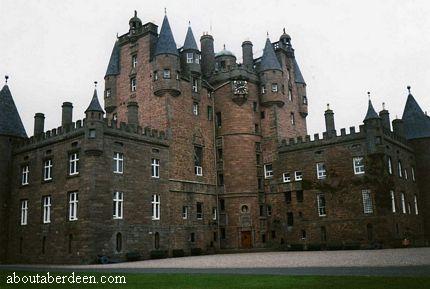 The second Sir John Lyon began construction of the Castle in 1400.

In 1537 The 6th Lady Glamis (Janet Douglas) was accused of witchcraft. Although these were thought to be false charges from James V of Scotland who disliked the Douglas family, she was burnt at the stake at Castle Hill in Edinburgh. Legend has it that she is the Grey Lady Ghost.

It is thought that Shakespeare may have visited Glamis Castle in 1599 during a trip to Aberdeen.

The Castle was first opened to the public in 1950.

Touring the interior of Glamis Castle is by timed appointment with a guide.
Whilst waiting for the next tour there is plenty of exhibits to view, a picnic area, a restaurant and gardens and walks.
Classroom visits are welcome and teachers can incorporate special teaching packs into their school work.

The Ghosts of Glamis Castle

The 6th Lady of Glamis (Janet Douglas) who was burnt at the stake is thought to be the grey lady ghost that haunts the family chapel and has also been seen above the Clock Tower.

Just inside the Queen Mothers Sitting Room a small boy has often been seen sitting on a stone seat. It is thought to be the ghost of a small servant boy who was ill treated in the 18th Century.

The 15th Century Lord of Glamis and Lord Crawford, nicknamed Earl Beardie and the Tiger Earl were playing cards in a hidden room on a Saturday night when a servant interrupted them to warn them that the Sabbath was approaching. They both swore that they would finish their card game, even if it took until Doomsday. As midnight struck a stranger appeared in the room and took them up on their pact! Since then a tall bearded man is seen in some bedrooms and as he appears the room takes a different shape and furniture changes. When the bedrooms are empty furniture is heard moving about.

After a Clan battle between the Ogilvy's and the Lindsay's both took refuge in the Castle, without the others knowing of each others presence. The Earl did not want to offend either so took them both in and took actions to ensure neither knew of the others presence. This involved putting the fugitives into a room and locking the door. Unfortunately he forgot to unlock the Ogilvy's room and they died of starvation. The room was never unlocked for many years when their skeletons were found. Since then there has been loud, almost thunderous knocking.

The Monster of Glamis Castle, a hideously deformed ghost, is thought to be a handicapped first born son who was hidden in the Castle until he died, so that he would not inherit.

Other ghosts seen by visitors and guests at the castle include Jack the Runner a tall ghost, the scared face of a young lassie at the tower window

The Gardens Of Glamis Castle

The mile long drive towards the castle adds an air of excitement and magic to your visit as well as a plethora of year round colour from the floral displays around the grounds. Red squirrels are frequent visitors to the gardens and forested areas.

Children (and adults!) can take the organised Treasure Hunt around the Castle grounds, following clues to track down points of interest in the gardens and amongst the woodland. Children who complete the Glamis Quest get rewarded with a prize. Don't miss the opportunity to get your photograph taken alongside Toffee the Highland Cow.

There is a large outdoor play area next to a picnic area with tables and benches.

There is a large licensed restaurant which sells drinks, snacks, light lunches and afternoon teas.


Disabled visitors may not be able to access points of the castle but can still enjoy many other facilities and the gardens.


Have A Castle Wedding 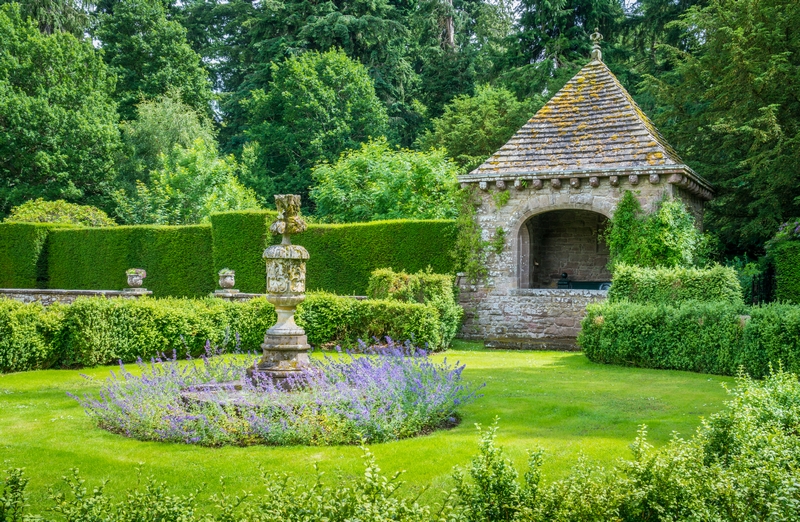 Glamis Castle is available to rent out for corporate functions and weddings. The combination of the long romantic drive to the fairytale looking castle with its spires and turrets and the breathtaking back drop of the Grampian mountains and the surrounding gardens such as the Italian Garden makes for a memorable romantic wedding setting.

How To Get To Glamis Castle

From Aberdeen take the A90 then join the A94. You will need to pay at the kiosk before entering the large car park.

The Queen Mother often went to Glamis Castle throughout her childhood when her father became the 14th Earl of Strathmore. This was usually from August to October and they would arrive from London in the special Royal train. Her father and brothers enjoyed outdoors sports such as shooting and cricket whilst the Queen Mother would ride her pony called Bobs. As a child the Queen Mother was nicknamed darling Buffy. During her teenage years World War One occurred and the Queen Mother helped to care for soldiers when Glamis Castle was used as a convalescent home.

The Duke of York, second son of King George V, began courting Elizabeth, the Queen Mother at Glamis Castle and they spent part of their honeymoon at the Castle.


A Glamis Castle event for 2007 was the 33rd Scottish Transport Extravaganza. The event at Glamis Castle saw over 800 classic cars, steam engines, modern luxury cars and fire engines. The Glamis Castle event was organised by the Strathmore Vintage Vehicle Society and there was a parade around the show ring, a pipe band, stall and children's events. Entry was Â£8 for adults and Â£3 for children and senior citizens.