Gay Pride, a celebration of the LGBT community in Aberdeen, takes place on Saturday the 26 May 2018. The lesbian, gay, bisexual, and transgender parade down Union Street will be led by Aberdonian actor Annie Wallace who plays the transgender Headteacher, Sally St. Claire, in Hollyoaks High on Channel 4. 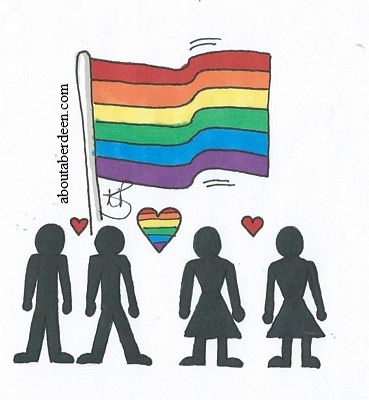 The Aberdeen Gay Pride Parade has been organised by the Grampian Regional Equalities Council (GREC) and Aberdeen Council.