Join Team SAMH, the Scottish Association for Mental Health, at this yearâ€™s Aberdeen Kiltwalk and walk for Scotlandâ€™s mental health. 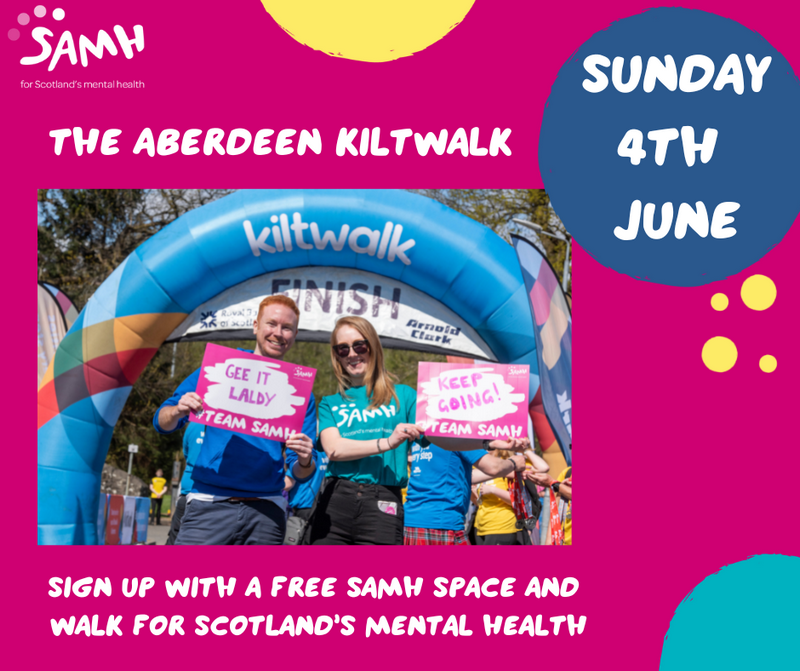 Join Team SAMH, the Scottish Association for Mental Health, at this yearâ€™s Aberdeen Kiltwalk and walk for Scotlandâ€™s mental health.

Itâ€™s time again to look out your best tartan outfits and don your walking boots as the Kiltwalk is back.

Taking place on 4th June 2023, and with 2 distances, you can choose to take on the ultimate Kiltwalk challenge - The Mighty Stride, or round up the whole family and take on The Wee Wander!

This year you can join Team SAMH with a FREE SAMH space to raise funds to support Scotland's mental health, with 100% of funds plus the 25% gift aid going to the charity.â€¯

If you would like to sign up for a SAMH space for the Aberdeen Kiltwalk then get in touch with their fundraising team who will be delighted to support you and send on your promo code! fundraising@samh.org.uk