Information about the science fiction movie The Planet which was filmed at Balmedie Beach in Aberdeen by film director Mark Stirton: 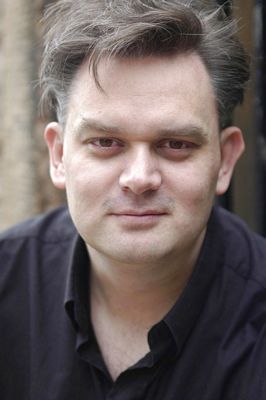 In 2005 Mark Stirton, who lives in Stockethill, Aberdeen, Scotland, wrote, directed and filmed a science fiction film at Balmedie Beach. The beach was the backdrop for an alien planet. The scenes with the actors were filmed over ten days and Mark spent two years creating the special and visual effects and editing the movie with the crew of Stirton Productions - Mark Stirton, Michael Clark and Kerwin Robertson. They produced the movie and created all the models and effects seen in the film. Music for the soundtrack was created by local DJ Nicky Fraser. The Planet is 80 minutes long.

Mark cast local Aberdonians and Scottish actors for the movie, which included actor and bodybuilder Mike Mitchell and comedian Patrick Wight who is better known as Patrice The Hairdresser To The Stars.

Mark Stirton got the idea of making a Science Fiction at Balmedie Beach after thinking it would have made a great location for a Doctor Who episode. Mark is a great Dr Who fan.

The Planet was shown at the Aberdeen City cinema The Belmont in September 2006. 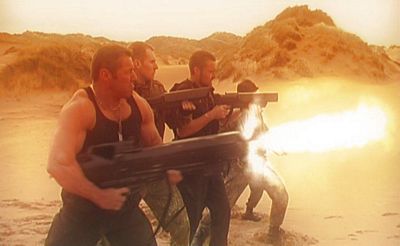 The plot to The Planet revolves around a mercenary spaceship which is carrying a convict. The ship is attacked by a horde of unidentified fighter craft. The mercenaries, lead by Captain Morgan, are forced to abandon their crippled ship and the survivors land on The Planet. They soon discover that they are not alone and as they battle to survive they begin to fall prey to a malevolent force. This force turns the souls of their fallen comrades against them. The survivors form a rescue plan and race to execute it. However they soon discover that the dangerous prisoner is still alive and on the planet and his presence there could change the universe as they know it, forever.....


In October 2007 The Planet was dubbed for the Japanese market and sold throughout Japan and has also been sold throughout other countries such as New Zealand and Australia. The Planet was spotted by Cut Entertainment after winning a highly commended award at the Manchester Festival of Fantastic Films in September 2007.


Previous films by Mark Stirton include the following short films:


In 2007 Mark Stirton remade his film Removals and called it One Day Removals. He was able to remake it in high definition thanks to an investment from oil businessman Ken Fraser. This means the film can be easily released to the cinema.

One Day Removals was filmed around Aberdeenshire. One Day Removals was also filmed in Aberdeen City in 2007 in areas such as Garthdee, Stockethill and Tillydrone. Mark Stirton lives in Garthdee and likes to highlight Aberdeen in his films. The actors, Scot Ironside and Patrick Wight spoke the Doric dialect during the film and there is to be no subtitles!

One Day Removals also saw the actors and director reunited with Aberdeenshire actor and bodybuilder Mike Mitchell who plays the police officer. Aberdeen football club legend John Hewitt who scored The Dons winning goal when they played against Real Madrid in the 1983 European Cup has an acting part in One Day Removals as the jury foreman who delivers the verdict that changes the lives of the two removal men. The court scenes were filmed at Aberdeen Business School. The test screen for One Day Removals will take place in January 2008 in Aberdeen at the Vue Cinema whilst the general release will be in February 2008.

Read the full About Aberdeen review of the film on our One Day Removals page.


Spooked: A dark tale about a man facing his inner demons alone.

Removals: A 30 minute comedy drama set in and around Aberdeen about two slightly dim-witted removal men and a day of death and destruction. This will be remade in 2007 as One Day Removals starring Patrick Wight and Scott Ironside.

Icons: An action fantasy work about a female assassin.

Unseen Among Us: A short about a light juggler with some great lighting effects.

The DVD of The Planet is available to buy directly from Mark at his website. It includes the original trailer and a making of The Planet feature. There is also a trailer to watch at the website and some free downloads.

The Planet was released on DVD in America by MTI Home Video on the 10 June 2008. The Planet was also listed and available to buy at Amazon on their US site Amazon.com

The Planet DVD includes many extra features such as a making of documentary, biographies of the actors and subtitles.

Mark Stirton is now planning a move to London and is working on his next film Good Guys vs Bad Guys.