The Falls of Feugh is a stunningly beautiful stretch of the River Dee on the outskirts of Banchory, Aberdeenshire. Here you can see the River Dee flow down through the rocks and at key times of the year you can watch the salmon jumping.


Take a coach trip from Aberdeen to see the Falls of Feugh.


The bridge has a separated walkway so that you can safely watch the flow of the river and watch the salmon jumping. 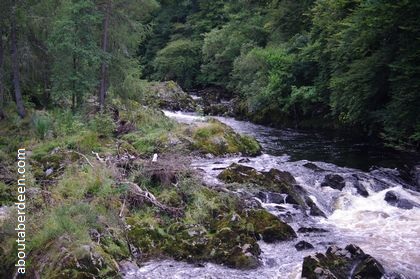 There is a free car park and public toilets to the left after you cross the popular bridge where people like to take photographs. You can also take a short walk from the King George car park in the Banchory Town Centre. The free car park at the Falls of Feugh Banchory is just across from the lovely Falls of Feugh tea rooms where About Aberdeen love to take afternoon tea whenever we are in Royal Deeside. 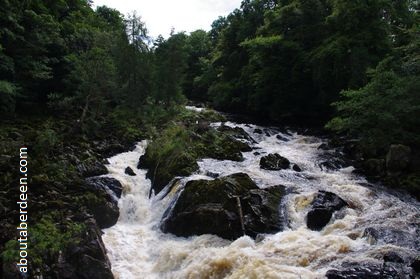 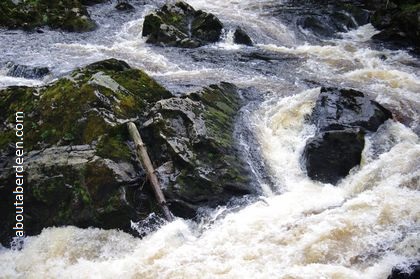 
The Falls of Feugh tea rooms has their own car park. They serve meals from breakfast, lunch, afternoon tea and high tea. All their cakes and scones are homebaked and are simply divine. There is a relaxing patio area which overlooks the rear of the Falls of Feugh. The photo of the Falls of Feugh below was taken from the tea room gardens. Read the About Aberdeen review on the Afternoon Tea Aberdeen page. 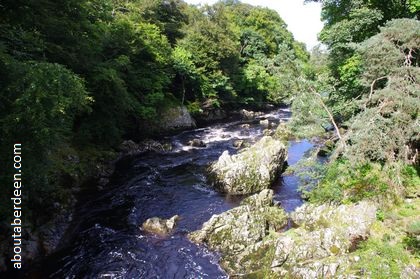 The other old building by the bridge of the Falls of Feugh is a Toll House where in olden days the building would have windows looking out to both ways of the turnpike road. Travellers would have been charged to cross the road and this practice was common throughout Scotland. 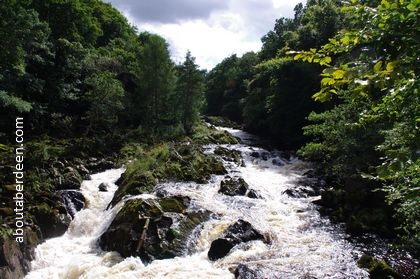