The Falls of Bruar waterfall is a Highland beauty spot set in the heart of Perthshire. It is a must for any visitor to Scotland. It was formed during the Ice Age when rushing water wore away layered rocks and harder seams shaped the area. 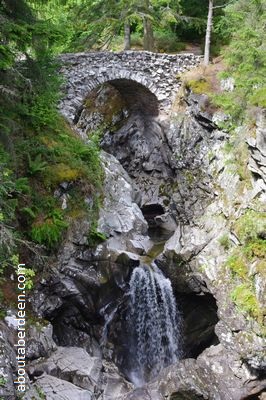 It is set behind the House of Bruar shopping centre car park and is clearly signposted. The two mile path up to the bridge is very steep and arduous and only really suited to those fit enough to climb and sadly not suited for disabled people. There are two marked routes depending on your time and ability. The longer route takes you to this ancient bridge, the second of two which gives great views and photo opportunities. There are several wooden benches and a picnic area as places of rest and contemplation. The postcode for your sat nav is PH18 5TW and it is just off the A9. 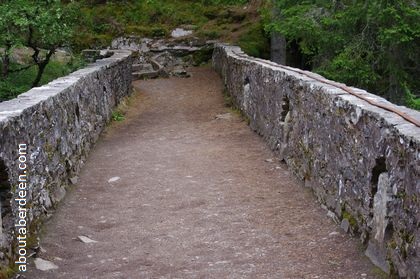 Please note that the area can be slippery when wet and there are sheer drops to the gorge so care is needed and children should be supervised. This is a view of the rock pool arch. 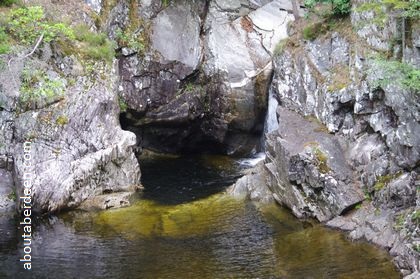 There are fine examples of fir, spruce, larch and Scots pine trees along this Glen Garry route and plenty of wildlife and birds darting about the bracken. We saw this beautiful Robin. 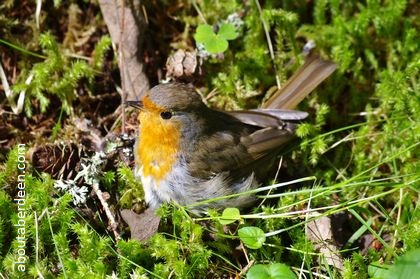 The original trees and bushes were planted by John Murray the 4th Duke of Atholl in 1796. Because of this he was nicknamed Planter John. He did this in memory of Robert Burns who visited the area in 1787 and described the area as exceedingly picturesque and beautiful but in need of trees. He then wrote the poem The Humble Petition of Bruar Water which beseeched this to the Duke, who duly obliged. 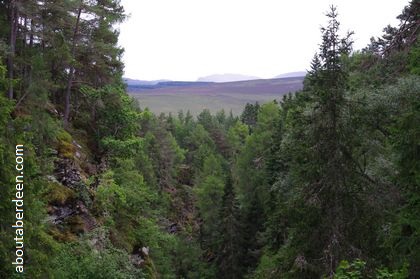 The area was harvested for wood during World War Two and replanting started soon after.

The food hall sells an extensive range of homemade meals, snacks and drinks. There are public toilets in the complex. Other shops include an art gallery and a fishing shop.