Relive your 80â€™s and 90â€™s with Fake But Fab on Saturday 14th of September at the Thainstone Exchange in Inverurie (16:00-23:00) when the best tribute bands in the country gather to give you a performance of a lifetime. 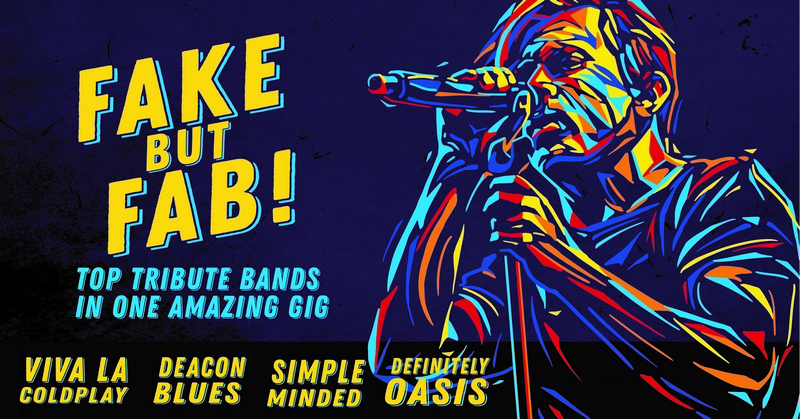 Simple Minded, Viva La Coldplay, Deacon Blues & Definitely Oasis will all be playing their classic hits and tickets cost only Â£25.00 (plus booking fee). You donâ€™t want to miss out!

Doors open 3.30pm and kicking off at 4.00pm with Simple Minded, followed by Viva La Coldplay at 5.30pm, then Deacon Blues at 7.15pm and Definitely Oasis will wrap up this tribute band extravaganza at 9.00pm.

Parking is available on-site for Â£2. Postcode for your sat nav is AB51 5XZ.

Bus transfers to and from Inverurie and other areas (subject to demand) for a small fee.