Evening Express Aberdeen Newspaper costs 45pence and is available Monday through to Saturday. It has something for everyone - local Aberdeen and Aberdeenshire news, International and National news, bingo, sports, Sudoku, crosswords, horoscopes, weather, etc. 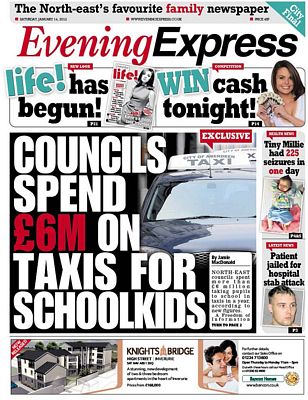 Columnists For The Evening Express

For those interested in Aberdeen's history and past events there is a daily old photos and news stories page called Past Life!

A motoring section appears each Tuesday and Thursday with details of new cars and second hand cars for sale.

School news appears each Tuesday and Thursday in the Evening Express Aberdeen Newspaper.

The Green Final supplement is with the Wednesday paper and contains a round up and stories about Aberdeenshire sporting and football events.

Thursday's Evening Express paper has the What's On Entertainment Guide which has an eating out guide, concert and theatre events, Aberdeen cinema listing and club guide.

The homes section is on a Friday with a listing of rental properties and properties to buy.

The Saturday Evening Express paper has the week's television listings for all channels, including STV and Satellite TV.

Other supplements in the Aberdeen Evening Express newspaper includes fashion and beauty life on a Monday and Healthy Life, which includes an ask our GP section, on a Tuesday.


Daily News From The Evening Express

Each day there is an events listing for the forthcoming days.

Houses and flats for rent in the Aberdeen area appears most days along with a classified section for buying and selling second hand goods. Professional services and local tradesmen are also listed.

The day's TV and satellite listings appear in the centre pages.

Readers are invited to write into the Evening Express paper and some letters appear in each day's Readers' Letters page.

There is a daily crossword and word puzzles.

The back pages have a daily sports roundup.

The Press and Journal is the Aberdeen newspaper that is published each weekday and Saturday morning. It has a long history in the North East of Scotland and was first published as a weekly title on 29 December 1747 when it was known as The Aberdeen's Journal.

It continued to be published on a weekly basis for 128 years until August 1876. I then became a daily newspaper. In November 1922 the paper was renamed The Aberdeen Press & Journal when its parent firm joined forces with the Free Press. The Press and Journal, often called the P&J, is a broadsheet style paper rather than a tabloid style like the Evening Express Aberdeen newspaper. A compact edition of the P&J is printed on a Saturday.

The Press and Journal produces 7 geographic editions every day in order to best serve the population of Scotland and publishes a wide variety of supplements to appeal to differing tastes. Like the EE Paper is includes a mixture of local, national and international news and sport. 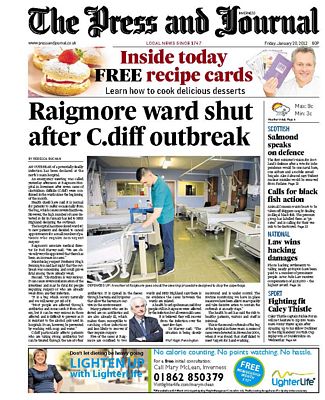 Aberdeen Citizen is published each Wednesday and is a free weekly newspaper which provides community news alongside advertising space. The Aberdeen Citizen has a distribution of 67,106 with an average issue readership of 83,000. 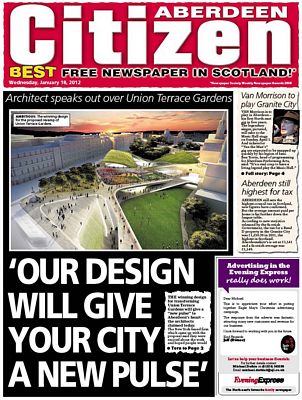 Scot-Ads is a free ads publication for those buying or selling and has an average of 30.500 private ads. Scot-Ads launched in December 1994 and there are now four editions covering most of Scotland:


For more information about these four North East of Scotland publications visit their website at www.scot-ads.com


There is sometimes auction of local services and goods in the bid 4 it pages. This includes cars, hotel accomodation, meals out and kilts.