The following escape rooms in Aberdeen are great fun for couples, or teams of players who love locked door and breakout games that test their IQ, ingenuity and coolness under pressure 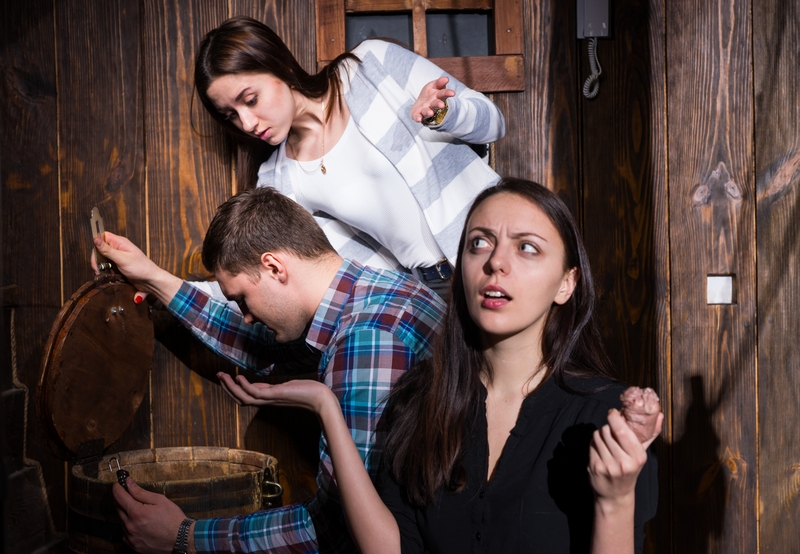 This Aberdeen Escape Room is based in the Hardgate. The Locked Door has seasonal games, such as being locked in Santaâ€™s Grotto by the Elves on Christmas Eve! Others are based on crime, such as the diamond heist or raiding an Egyptian tomb. There is even one based on preventing missiles destroying the Aberdeen oil bases.
Each escape room has a difficulty rating and you can play as couples, small groups, or as larger corporate events

Breakout Games, at Palmerston Road, have a range of puzzles from 2 to 32 players that will stretch your strategy, creativity and logic. Each of their rooms are specially themed and custom made. Examples of their missions include being a detective solving a crime or being locked in a laboratory where a mad scientist has created a virus that you must stop from spreading, Each has a time limit of one hour.

Escape 808 is based at the Aberdeen Altens Hotel on Souterhead Road, AB12 3LF and run television themed unique themed immersive escape rooms, so brush up on your TV and film trivia before going to each 90 minute experience!
Sessions include those based on reality telly, Christmas and auditioning for the UK edition of American sit-com Friends.