The beautiful Dunkeld Cathedral combines a ruined historic building with a Church of Scotland building still used for worship. 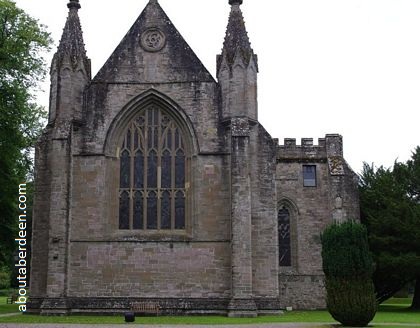 The National Trust for Scotland restored the nearby houses in Cathedral Street which were rebuilt after the Battle of Dunkeld in 1689 when the Jacobites and the Cameronians fought. These are private and not open to the public, however you can tour the exterior and interior of the Cathedral. Do look for the Atholl Memorial Fountain next to the Visit Scotland tourist information centre. 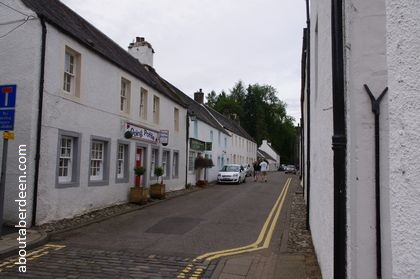 The grounds sit by the River Tay and on a warm sunny day makes a great picnic spot.

Christianity was brought to the area in about the 7th century when Columba travelled from Iona. His relics were said to be buried under the chancel steps until removed to Ireland. Others think some are still buried in the grounds. On the east window and the chancel carpet is a dove motif, which is the symbol of St Columba. 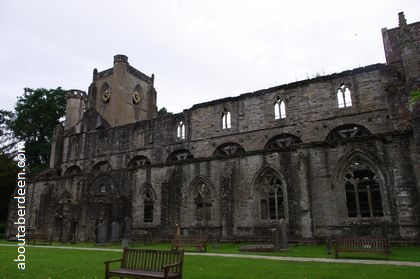 Two centuries later Dunkeld became the head of the Celtic Church by Kenneth MacAlpin, the first King of Scots. The building came into existence in the years 1318 to 1325 though was partly destroyed during the 16th century Reformation. It was re-roofed and served, and still does, as a parish church. The ruined section and ground is now in the care of Historic Scotland.

During the first Jacobite Uprising Government troops were attacked and most of the town and the repaired parts were burned down.

In 1908 the choir area was restored to its original form and features like the great east stained glass window added. This shows Christian virtues of faith, hope fortitude, patience, charity, justice, prudence and temperance. St Columba can be seen preaching to his followers and there are 5 shepherds.

Other points of interest include the tomb of Alexander Stewart who was the 1st Earl of Buchan and was nicknamed the Wolf of Badenoch. 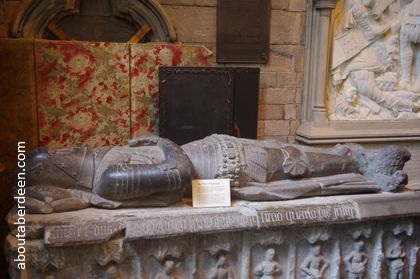 There is also a Pict stone, an old great bell, marble statues, Scottish regiments battle standards and a war memorial. 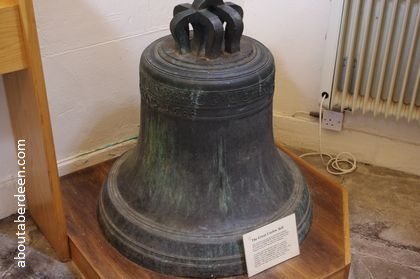 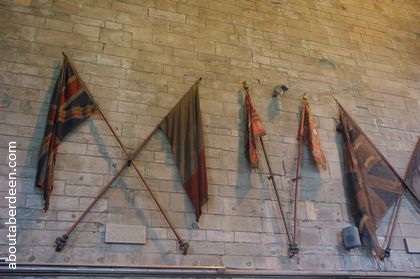 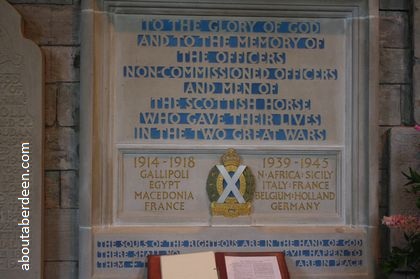 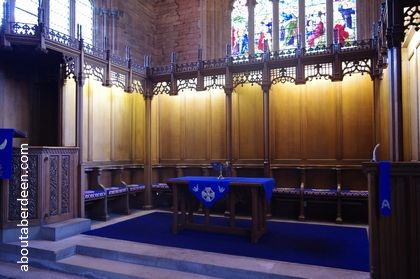 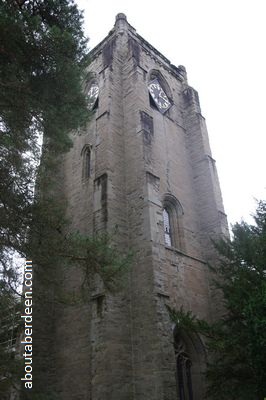 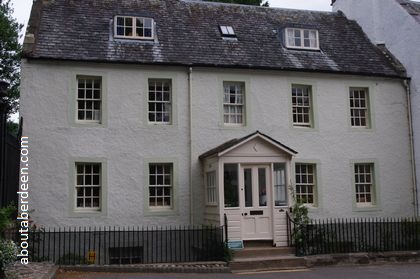 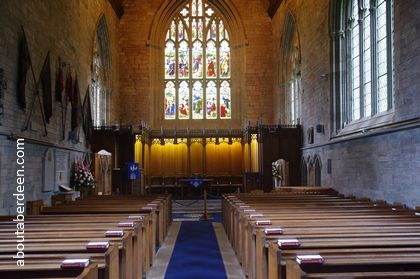 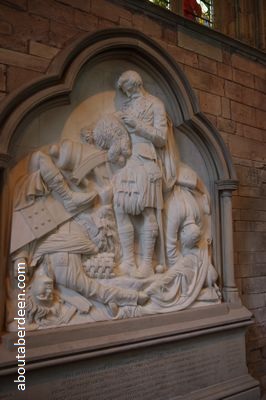