Information about the Dryburgh Abbey and Hotel ghosts such as the Grey Lady and the Monk ghost: 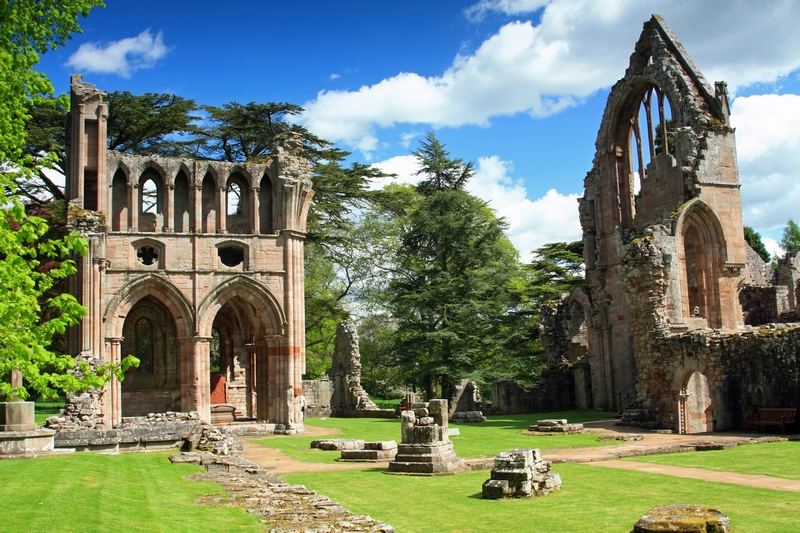 Dryburgh Abbey at St Boswells, Melrose by the Scottish borders was built in the 12th century and was ruinous by the 19th century. A house was built amongst the ruins and then the baronial style Dryburgh Abbey Country House was built after this was demolished. The surrounding 10 acres of grounds that belong to the Hotel sit by the banks of the River Tweed. The ruins of the original Abbey are contained in these grounds.

In the Dryburgh Abbey Graveyard are buried many famous Scots such as Scottish writer and poet Sir Walter Scott and the First World War Field Marshal Earl Douglas Haig.


In the 16th century a woman in a house near to Dryburgh Abbey fell in love with a monk, though some sources state it was a clergyman. They began a secret love affair but in time the Abbot found out about their forbidden love. The monk was sentenced to death for breaking his strict religious vows. Her lover was hanged in view of her house.

The woman, whose name has been lost to history, was so distraught she committed suicide by throwing herself off the nearby bridge and into the Tweed. She drowned but in death her spirit haunts the bridge and sometimes the new building of the Dryburgh Abbey House Hotel. She appears as a grey lady ghost. Sightings of the grey lady ghost of Dryburgh are more frequent during unrest at the Dryburgh Abbey Hotel such as during renovation work.


There have been many sightings of monk ghosts at the ruins of Dryburgh Abbey. Chanting and singing has been heard.