Disney On Ice Celebrates 100 Years of Magic at the Aberdeen P & J Live from the 31st October to the 3rd November 2019 in a spectacular live show celebrating favourite stories and characters such as Mickey Mouse, Donald Duck, Goofy, Cinderella, Snow White, Frozen, The Lion King and Toy Story. 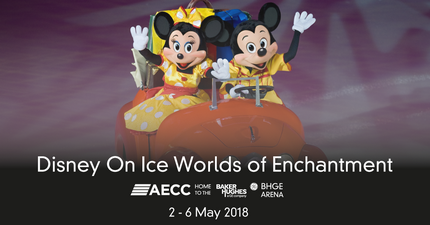