Over the weekend of Friday 31st August and Saturday the 1st September 2018 NXNE Scotland brings you the Deeside Music Festival at the Deeside Activity Park, Dess, Aboyne, Aberdeenshire. 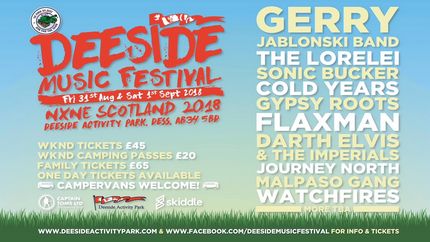 Confirmed acts include the Gerry Jablonski Band and The Lorelei.

Weekend tickets, camping passes and family tickets can be bought from www.deesideactivitypark.com