David Carry was born in Aberdeen on the 8th October 1981. He grew up in Cults and was educated at Robert Gordon's College. His headmaster was Ian Black who won medals at the European Championships and Commonwealth Games. 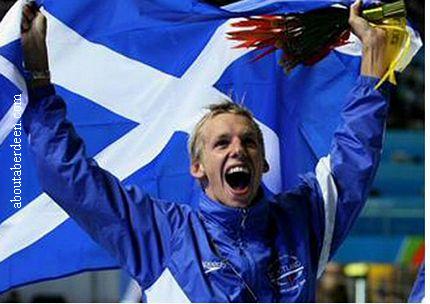 His mum, Jean, was a county district table tennis champion and his father Peter, was a British Champion skier and now works as a Jeweller. David Carry has a brother, Angus and a sister called Malena.


David is now studying at Loughborough University in Leicestershire where his swimming coaches are Ian Turner and Eileen Adams.


His nickname is DC.

David Carry represented Britain in the London 2012 Olympic Games after winning the 400 metre freestyle gold at the ASA National Championships in Sheffield during which he set a personal best time of 3:46:86. David came 7th in the final men's 400m freestyle event.


In 2004 David Carry represented Britain in the 2004 Olympic Games in Athens, Greece. He was in the 4 x 200 swimming relay squad. They came in fourth place.


In 2006 David Carry represented Scotland in the Commonwealth Games in Melbourne, Australia. On the 16 March he won a Gold Medal in the 400m freestyle final. He set a new Scottish record of 3:48.17. Two days later he won another Gold Medal for the Men's 400m individual medley event with a Games record time of 4:15:98.

In April 2006 David Carry won the 400m freestyle at the British Championships in Sheffield with the time of 3 minutes and 50.65 seconds.

In July 2007 David Carry won the double gold at the British championship for the 200m and 400m freestyle events at the ASA National Championships in Sheffield.
In 2008 David Carry will represent the UK in the Olympic Games in Beijing in China.

At the same event Scottish swimmer David Carry won a gold medal in the 200 metre freestyle. 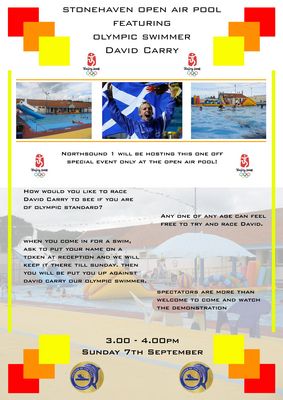