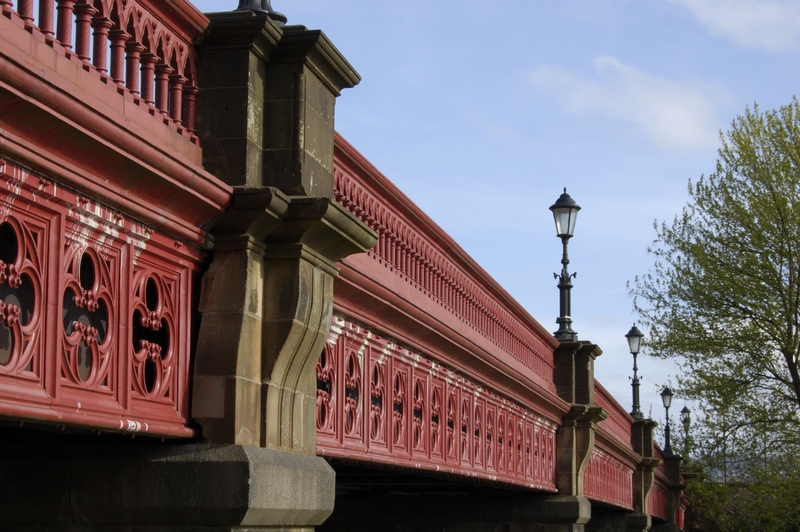 Dalmarnock Road Bridge is in Glasgow, Scotland and provides transport and pedestrian access across the River Clyde. There are eight bridges over the River Clyde in Glasgow and Dalmarnock Bridge is the most Easterly. It joins the area of Dalmarnock to Southern Rutherglen. It has a ghost of a man committing suicide.


Ghost Of A Man Committing Suicide


The ghost of a man taking his own life haunts Dalmarnock Bridge in Glasgow. He is thought to be 30 years of age with short hair and wearing a blue three quarter length coat and black trousers. People who have witnessed the haunting describe the ghost of a man committing suicide as looking real, solid and normal until he jumps from the Dalmarnock Bridge and vanishes into thin air and never hits the water below the Bridge. During the haunt he looks long into the River Clyde before jumping from the Bridge and committing suicide. The identity or name of the ghost is not known nor is the reason for his death by suicide.


There was a Ford at Dalmarnock and in 1821 a timber pay bridge was built for traffic crossing between Rutherglen and Dalmarnock.

In 1846 Dalmarnock became a District of the City of Glasgow.

The timber bridge was replaced in1848 with another wooden bridge.

The construction that can be seen today was built in 1891, near to the original Dalmarnock Ford. The engineers were Crouch and Hogg. The Dalmarnock Road Bridge was the first bridge over the River Clyde to have a flat road surface.

The Dalmarnock Bridge was renovated in 1997 and the bridge deck was replaced with a reinforced concrete deck slab and weather resistant steal beams. The historical Gothic parapets were retained as were the ornamental outer beam facia panels and along with these pieces of history the Dalmarnock Bridge suicide ghost remains and sightings of the ghost hauntings are often reported.