Photographs and information about Culzean Castle Scotland including its country park, visitor centre and touring this magnificent historic building 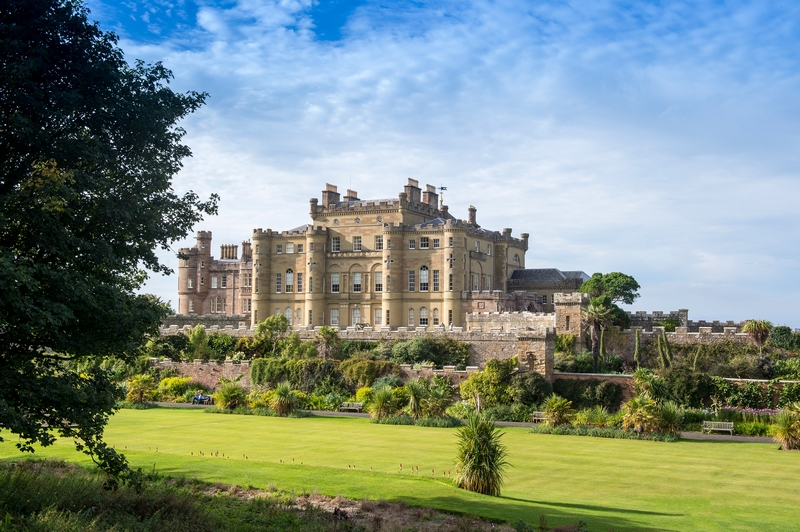 This is undoubtedly the most magnificent of Scottish castles with the added attraction of being able to visit the rooms, walk around the exterior and enjoy the surrounding estate. There is a guided tour with enthusiastic and knowledgeable guides. There is a lift to assist disabled visitors reach the upper floors. It is owned by the National Trust for Scotland. 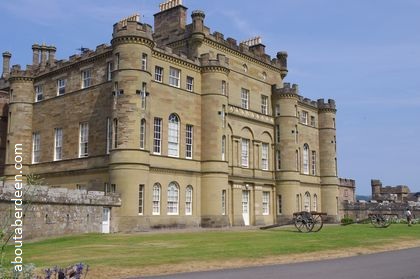 It is pronounced Cullane from when there was a Cullean Castle on the site dating back to 16th century. This was previously known as the House of Cove or Coif due to the caves below. Over the years the Kennedy families have extended and rebuilt so that it not only became a defensive structure but also a sandstone neoclassical mansion with later additions by Robert Adams. 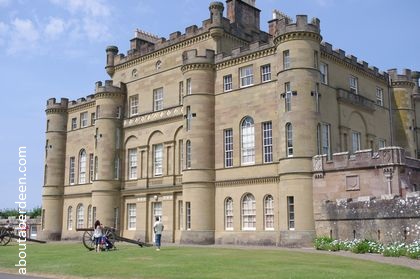 The tour starts through the porch and into the entrance hall and armoury where there is a huge amount of British Army flintlock pistols on display each having been used in service. Of note on the ceiling is an RAF propeller blade from an aircraft that downed a German Zeppelin near London in 1916 during World War One and was presented to the 3rd Marquess from the No 1 Fighting School at Turnberry in 1919. 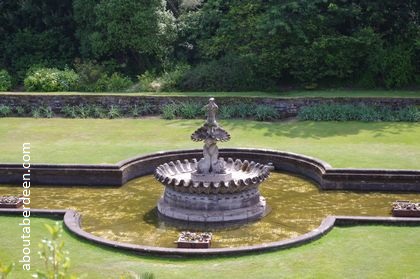 Portraits of the wives and husbands adorn the walls throughout. Other notable objects include finely embroidered firescreens, some with the Kennedy crest and curling stones from the granite at Ailsa Craig. These were used on the nearby ponds. 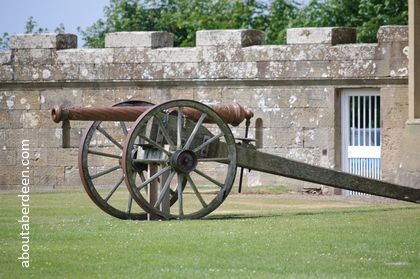 Other rooms toured through include the library, dining room, dressing and bedrooms and a Victorian water closet. Furniture of interest is the dwarf bookcases and the gentleman's wardrobe. 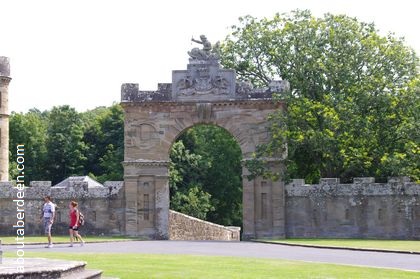 The Oval Staircase is considered to be the masterpiece of Robert Adam and is a reversal of traditional architecture with the Doric columns on the ground floor and the Corintian columns below the Ionic. This visually tricks viewers into thinking that the area is larger than it appears. A portrait of Napoleon Bonaparte, which was acquired during the Napoleonic Wars, sits here. 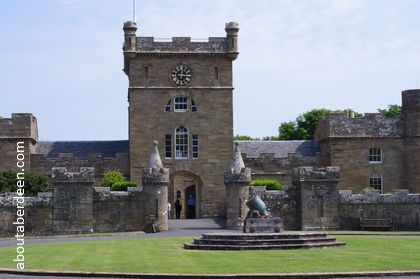 A brief glimpse of the Eisenhower apartments, which can be rented out as holiday accommodation, can be seen. As a Scottish thanks to America for their support during the Second World War General Dwight D Eisenhower, who led the Allied Forces, was given lifetime use of this West Wing. It was nicknamed the Scottish Whitehouse since he resided here three times, including when he was the President of the USA. 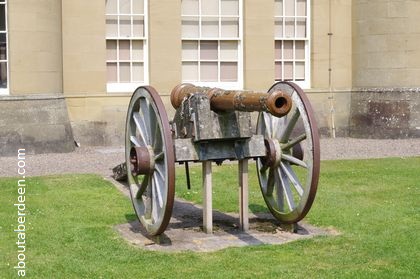 Throughout visitors learn about the history of Culzean Castle and the military role played by each Earl. For example Captain Archibald Kennedy of the Royal Navy aided the family fortunes when he captured enemy ships and was able to claim up to three-eights of its cargo, prisoners and the ship as prize money. Many of his battle paintings are on display as is his silver salver which was presented to him by the British community in Lisbon. He later became the second most senior British officer in North America during the American War of Independence. 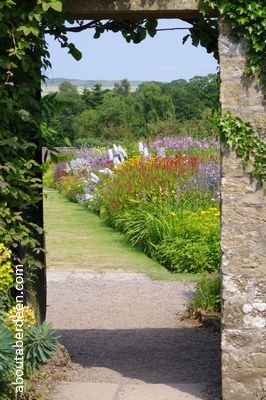 The round drawing room is worth the climb to see super views across the Firth of Clyde and the Ayrshire Coast. 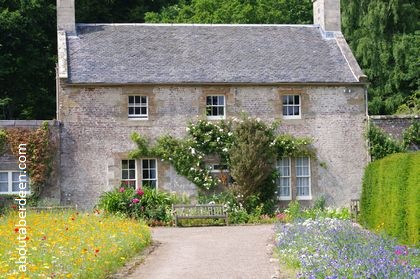 Do look out for the stunning painting entitled The Lion and the Mouse painted by Frans Snyders which was based on the Aesop fable. This can be seen in the blue drawing room. Other notable artist's works include landscapes by Alexander Nasmyth, the famed Scottish artist. 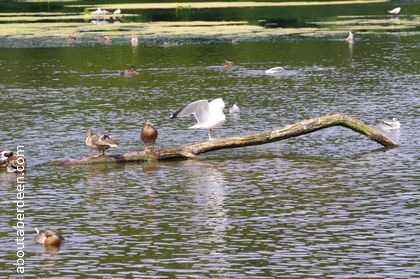 The tour ends in the kitchens where meals and menus are discussed along with various ways of cooking and food preparation through the years. Public toilets can be found just outside the kitchen. 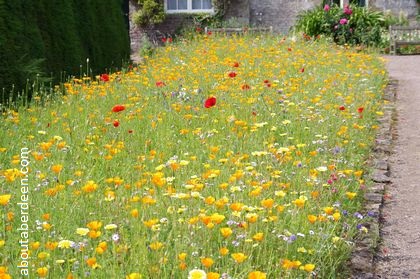 Surrounding buildings include the Royal Artillery House which were gifted by their War Memorial fund so that soldiers of the RA and retired members of their Association could enjoy the accommodation. These are now holiday cottages available to rent on a weekly basis. 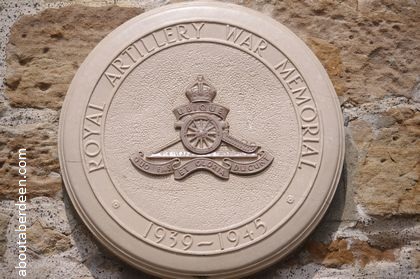 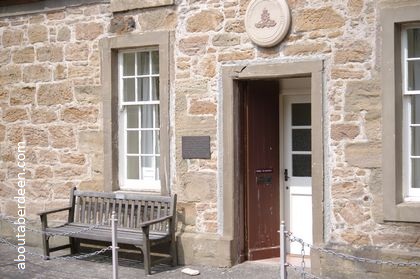 
In 1969 the Culzean Castle Country Park became Scotland's first Country Park and is still popular with families today. There are woodlands, a deer park, formal gardens, and a swan pond set in over 600 acres of land. 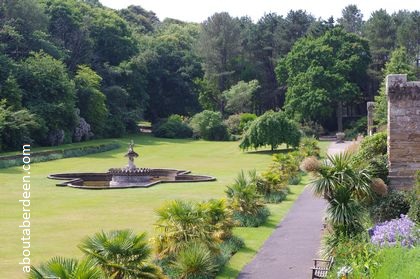 There are many ducks for the children to feed and a stunning walled garden. By the large lawn is a small cafe selling drinks and ice-cream. There is a larger restaurant by the old farm buildings which sells a wide range of hot and cold drinks, meals and snacks. 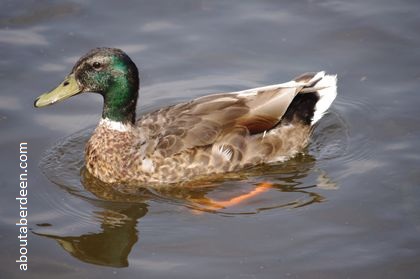 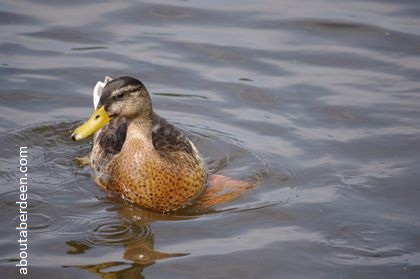 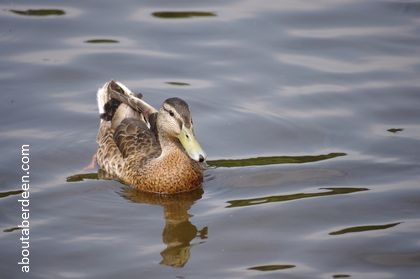 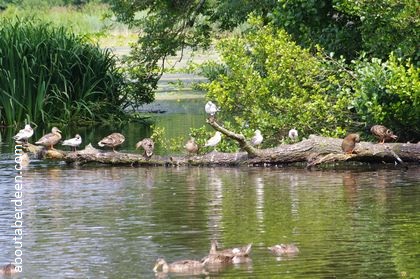 There is plenty of parking, a toy shop and second hand book shop. Do look out for the smuggler statue which reflects the history of smuggling in the area. 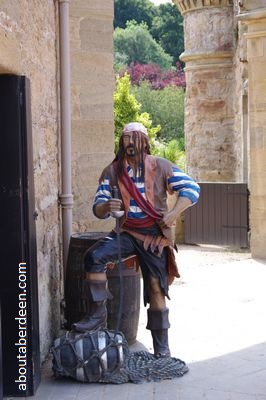 For up to date admission prices and opening times please visit the National Trust for Scotland website at www.nts.org.uk 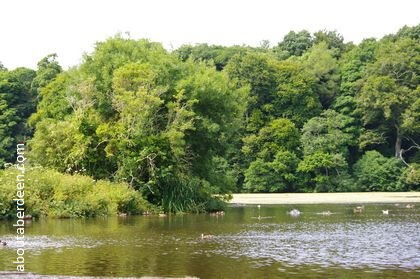 We stayed at the Portpatrick Hotel in Dumfries and Galloway and visited on the way back to Aberdeen. 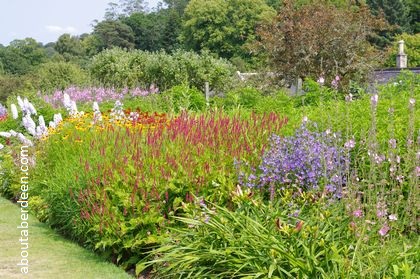 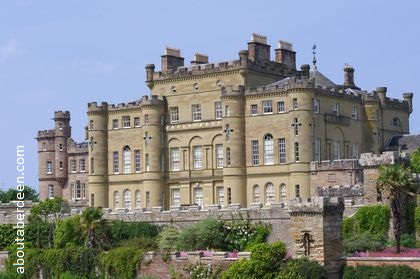