Photographs, history and information about Cultybraggan Camp in Comrie, Perthshire in Scotland that was used as an SS POW Camp during World War Two and now a visitor centre and community facility 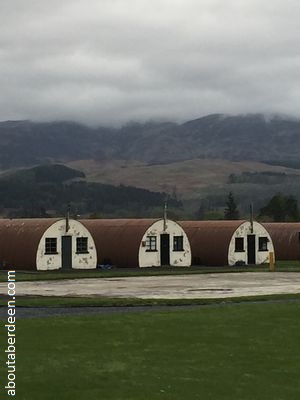 A fine example of a surviving Prisoner of War Camp for SS German soldiers can be found at Cultybraggan Camp near Comrie village in the beautiful county of Perthshire in Scotland. Today visitors can wander around the facility for free or, which we highly recommend, on a weekend you can take a guided tour. We're glad we did because the guides give such a fascinating insight into what this World War Two Camp was used for, where each building was located and for what purpose and what they are used for now. For example we learned where the Officers Mess was for British troops, the Guards compound and where the POW Camp gates would have stood. Our guide also told us about an SS Officer who was found hanged by his peers because he was thought to have collaborated and the subsequent trial and execution of the offenders. This was Feldwebel Wolfgang Rosterg and his killers were hanged at Pentonville Prison. 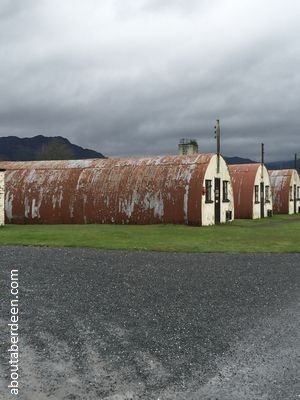 This gives you an indication of the severity risk of the inmates who were classed as Category A prisoners in this Camp Number 21 which was built in 1941. They were transferred here after being interrogated in London. It was unofficially known as a Black Camp for fanatical Nazi's. Most were Waffen-SS, Fallschirmjäger and U-boat crew. 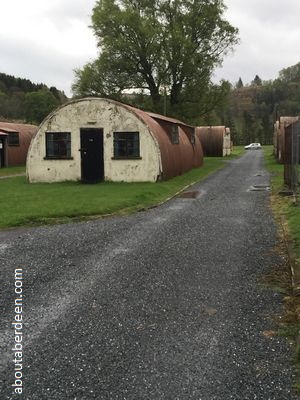 After WWII Cultybraggan POW Camp became a British Army training area and though some of the Nissen Huts were demolished so that the grounds could be used for new structures like the firing range, many still exist in their old form making this a unique experience to visit. Other military uses through the years included Cadet Camps, Territorial Army uses, an underground Royal Observer Corps nuclear monitoring post and a Regional Government Headquarters for the Cold War. The former is now used as a private IT data storage facility. 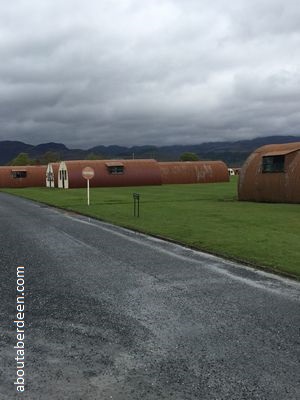 Then in 2007 the local community bought the land through the right to buy scheme as the Comrie Development Trust. Since then the area has benefited locals in a variety of ways like the assault course walls being utilised as a community orchard. Many Nissen Huts were preserved and put to new uses like as a Girl Guides building. Many have been granted category A listing by Historic Scotland. Other post WW2 complete old building include the MRS (Medical Reception Services - a mini hospital and medical centre) and the CS Gas Respirator Testing Chamber. 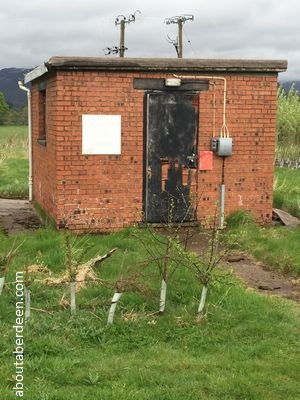 The former guard room at the entrance is now used as a visitor centre with many photographs and information display boards. There are often re-enactments like a march from the railway station. On the day we visited there were volunteers dressed as a VAD (Voluntary Aid Detachment) nursing assistant and a Captain of the Intelligent Corps who demonstrated items from his collection which included an Enigma machine, weapons such as grenades, luger gun and ways that the French Resistance hid land mines. 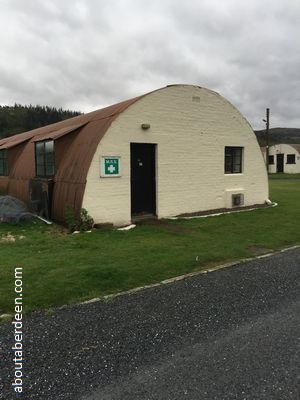 We stayed at nearby Crieff Hydro Hotel during this trip.