These circular artificial structures were commonplace throughout Scotland in the later part of the Stone Age though more commonly in the Bronze and Iron Age and as late as the 17th Century. 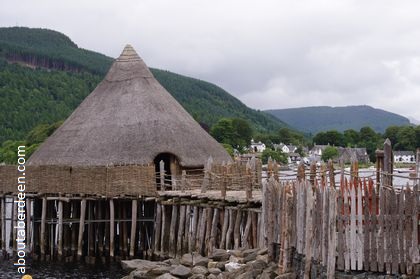 They were fortified defensive structures built on our lochs which provided families and their stock shelter from the elements and protection from others. Wooden stilts would have been driven into the water bed and then a framework platform built to raise the family. Woods used included alder, oak and elm. Bracken and ferns would have covered the woodworked floor with woven hazel as walls. To utilise the roof space they would have used platform beds.

The term can also refer to the natural islands that are in Scottish lochs which would have been modified by the settlers. They can also be found in Ireland and one has been located in Wales. 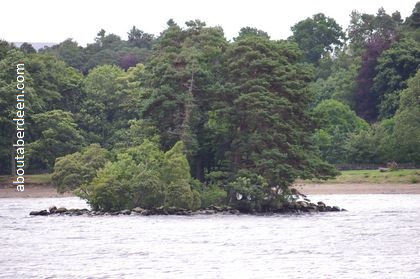 They were used by these farmers who farmed using wooden ploughs and grew wheat and six row barley in the nearby fields. They also collected wild oats, fruits and edible plants like nettles, sorrel and wild carrots.


At the Scottish Crannog Centre you can learn about their history by visiting their exhibition before being able to go into the specially built one where a guide will explain about how life within and in the nearby farmed area would have been. 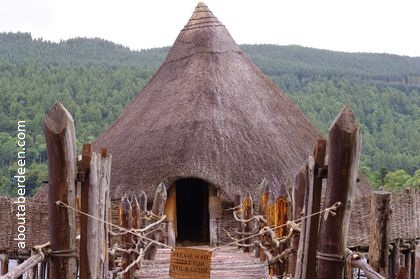 It is based on the excavated findings of the Oakbank Crannog. There also found evidence of 18 in Loch Tay which includes Priory Island, Spry Island, Eilean Puttychan, Eilean Breaban and Milton Morenish. . Artefacts like a net or loom weight, food debris, parts of a necklace or bracelet, wooden whistle and eating utensils can be viewed. There are also parts of weapons like an arrowhead and even wooden timbers dated back 2000 years. These have cut marks made by iron axes. 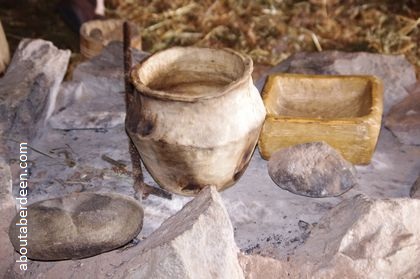 On display in the waters are cut out canoes modelled on those log boats found by the archaeologists which they think were used as early ferryboats. Surprisingly scientists have discovered that they did not eat fish as none of their bones were discovered in the settlement. 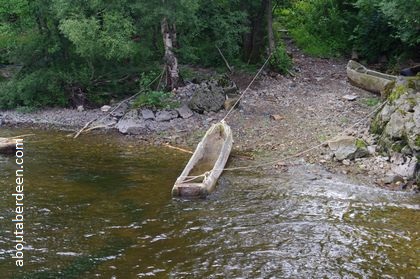 Children (and adults) can dress up in period costume or make jewellery with the help of the guides. There is a small cafe and large gift shop. Toilets are in the visitors centre.

The Scottish Crannog Centre is open throughout the year, please check their website www.crannog.co.uk for full details. 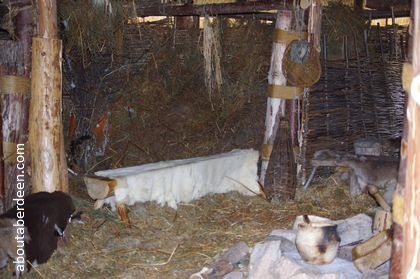 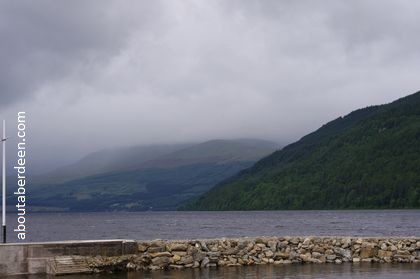 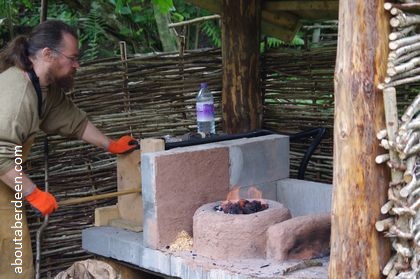