Aberdeen Craft and Ale Trail is a first bus based, one of its kind, to hit Scotland and comes to Aberdeen on Saturday 25th of April 2020. The buses will take thirsty craft and ale lovers around the route between 11am - 10pm. It calls at the following pubs: 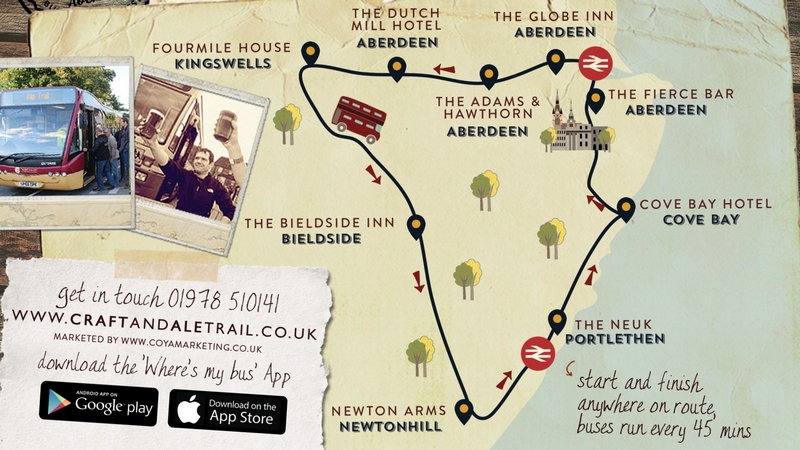 
A bus arrives at each pub every 30 to 45 minutes and you and your pals can hop on and off at any of the pubs and you can start at finish wherever and whenever.

It gives you the opportunity to make new mates and enjoy freshly made meals too.
Buy tickets at www.craftandaletrail.co.uk