Corgarff Castle is a 16th Century Tower House, with surrounding pavilions which were built in later years. The Castle and buildings are surrounded by a star shaped defence wall. 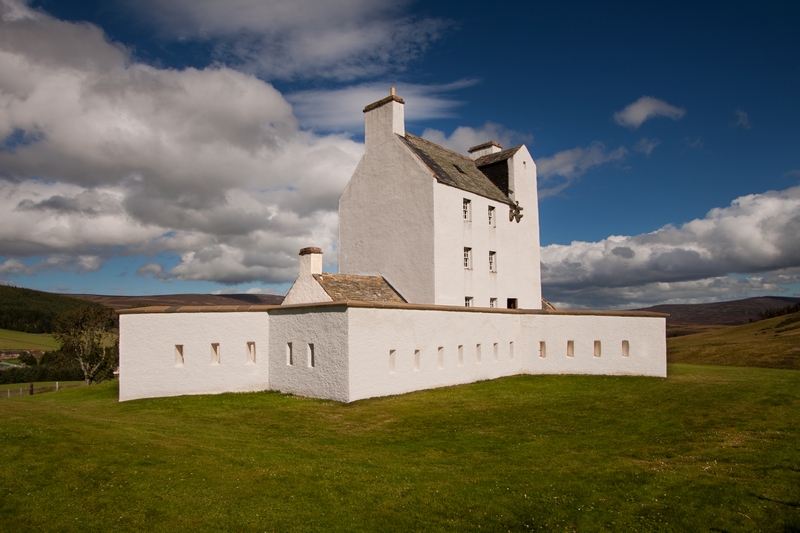 The Forbes family occupied the Castle during their feud with the Gordon family. This all came to a head when the Gordon family ravaged their land and laid siege to the Castle in 1571. At this time it was occupied by the Lairds wife, Margaret Campbell, and 26 women and children. The men folk and male servants were away at this time. Margaret would not let the Castle be taken so the Gordons set fire to the Castle and all the 26 women and children and Margaret were killed. Since then ghostly screams have been heard in the Castle, especially from the barrack room.

During the Jacobite Risings the Castle was used to store gunpowder and weapons and it was burnt again in 1689.

In 1716 it was burnt again by the Hanoverians.

The Castle was converted into a barracks in 1748.

In later years it was used as a base during the clamp down on illegal whisky production across Grampian.


The Castle was donated to the state in 1961 and is now open to the public.