Photographs and information about the Christmas Display in the Bon Accord St Nicholas shopping centre in Aberdeen City. View this year's photos of the display: 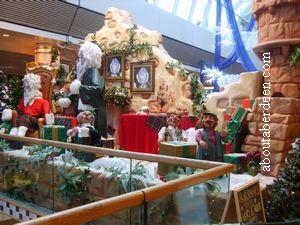 Each Christmas the Bon Accord St Nicholas shopping centre in Aberdeen is lit up with Xmas cheer.


The upper mall always has a Christmas display and can be seen outside the Book Store and just before the Boots entrance and the restaurant area.

As you can see from the Bon Accord Christmas lights and display photograph on the left it is a cheery display and much loved by children who bring their parents especially to the shopping complex to visit the Christmas display. The characters in the photo are called MacHuggy and MacHappy.


More photos of the Bon Accord Christmas display: 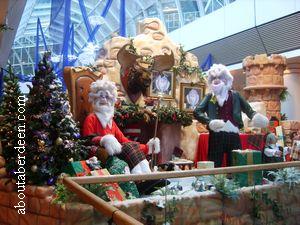 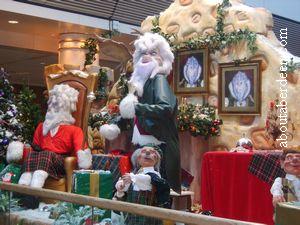 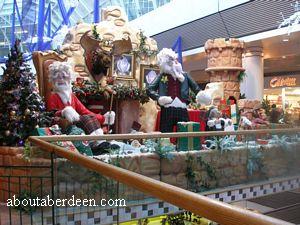 Read out review of the Bon Accord Shopping Centre.