Aberdonian Christie Mitchell shot to fame at the age of 12 years when she acted in the film Greyfriars Bobby. Christie played the part of Mary Macpherson, the friend of Ewan, who was played by Oliver Golding. Ewan was entrusted with the care of the dog Bobby, a Terrier, when its owner, Constable John Gray died. In the 2006 film the dog was a West Highland Terrier, though in the 1961 film the dog was a Skye Terrier.

Christie Mitchell was born in Aberdeen and attended Ferryhill Primary School and her Secondary education was at Harlaw Academy. Her mother is called Pauline and she has a younger brother called Joe. Her character Mary Macpherson appeared in the posters which advertised the film which gave Christie Nationwide exposure.

Christie Mitchell is now working on the stage with the National Theatre of Scotland. 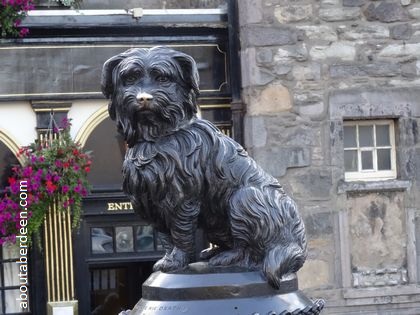 Greyfriars Bobby is the true moving tale and story of a shepherd and gardener, John Gray, who moved to Edinburgh to became a Policeman and took a guard dog called Bobby. John Gray contracted tuberculosis (some say pneumonia) and died on the 15th February 1858. The dog pinned for him and refused to leave his grave which is in Greyfriars kirkyard. The dog would keep a day and night vigil by his masters grave. 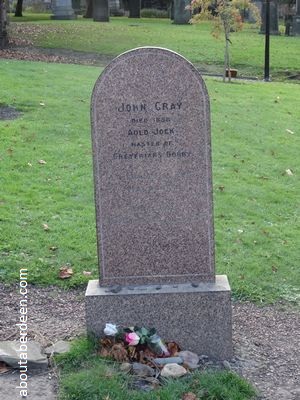 The cemetary attendant did not allow dogs into the graveyard and soon the Lord Provost of Edinburgh had to intervene. The Lord Provost decided it was up to the children to care for Bobby and gave Bobby a special collar with the brass inscription "Greyfriars Bobby from the Lord Provost 1867 licensed" so that he would not be put down as a stray. Ewan, Mary and their friends cared for Bobby as he stayed at his master's grave.

The 2006 version of the film was filmed in 2004 around Edinburgh and Stirling in Scotland. Greyfriars Bobby was Directed by John Henderson. Other roles, characters and actors were:


The real Bobby dog kept his vigil at his masters grave for 14 years and died in January 1872. The grave of John Gray and a statue to Bobby can be easily found in Edinburgh and the collar of Bobby is in the Edinburgh Museum, Huntly House.

Bobby was also popular amongst the adult population of Edinburgh and even the soldiers loved him. He would trot up to Edinburgh Castle to watch the One o'clock gun being fired and would then play with the soldiers before returning to his masters grave. Local shopkeepers would take Bobby food. These included local clockmaker Robert Ritchie who lived and worked at nearby Candlemaker Row and his neighbour James Anderson who not only fed Bobby, but gave him a bed when it rained.

On Sunday 4 May 2008 30 Skye Terriers and their owners walked together through Edinburgh City centre. This marked the 150 year anniversary since John Gray the policeman and owner of Greyfriars Bobby died. A wreath was laid at John Gray's grave at Greyfriars Kirk in Edinburgh. John Breeze dressed as John Gray in a traditional Victorian police uniform. John Breeze is the husband of Sue Breeze who is the Secretary of the British and Irish Dog Breeds Preservation Trust. Their dog walk through Edinburgh centre also highlighted the decline and popularity of the Skye Terrier dog breed. Only 37 Skye Terrier puppies were registered with the Kennel Club in 2007. The walk was organised by Hazel Proud of the Skye Terrier Club.

In 2007 Christie Mitchell starred as Dazzle Star during the Arts Carnival production of Dazzle at Aberdeen Arts Centre in King Street from 19 July to 21 July. Dazzle was a science fiction spoof of sci fi TV and films such as Doctor Who and Star Trek. Her drama teacher for this production was Marie Skene who took over from Annie Inglis. Lyrics were by John Gardner and the music was by Andrew Parr. The acting partner of Christie Mitchell was Craig Scott who played Captain Sam Galactic.