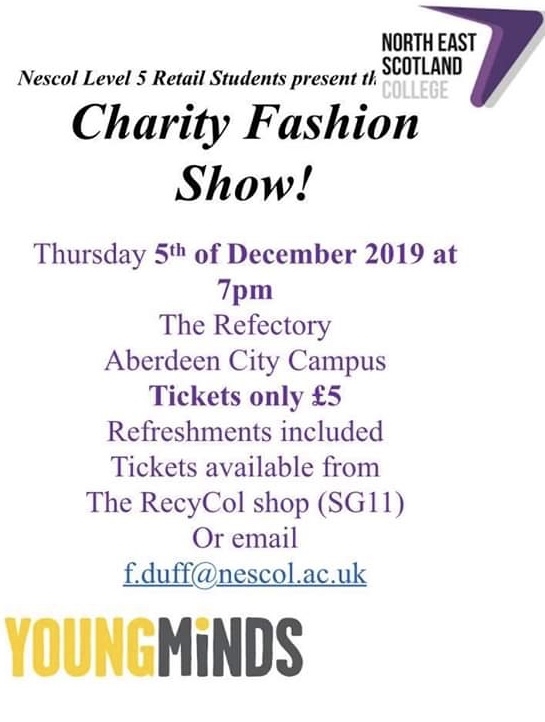 Tickets are available from The RecyCol Shop (SG11) or e-mail
f.duff@nexcol.ac.uk