Photograph and information about visiting Castle Fraser in Aberdeenshire Scotland

Castle Fraser Aberdeenshire is a Z plan building with two stunning towers. The architect was I Bel, the Aberdonian master mason. 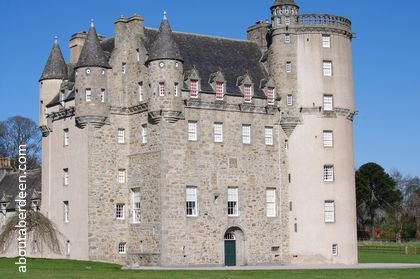 Modern visitors can enjoy the large park land, grounds and tour around the inside of the building. There is plenty of parking, toilets, a restaurant and a picnic area. There is no disabled access to the top floors because of the narrow staircases. Instead the National Trust for Scotland has provided a digital screen that gives a 360 degree view taken from the tower. 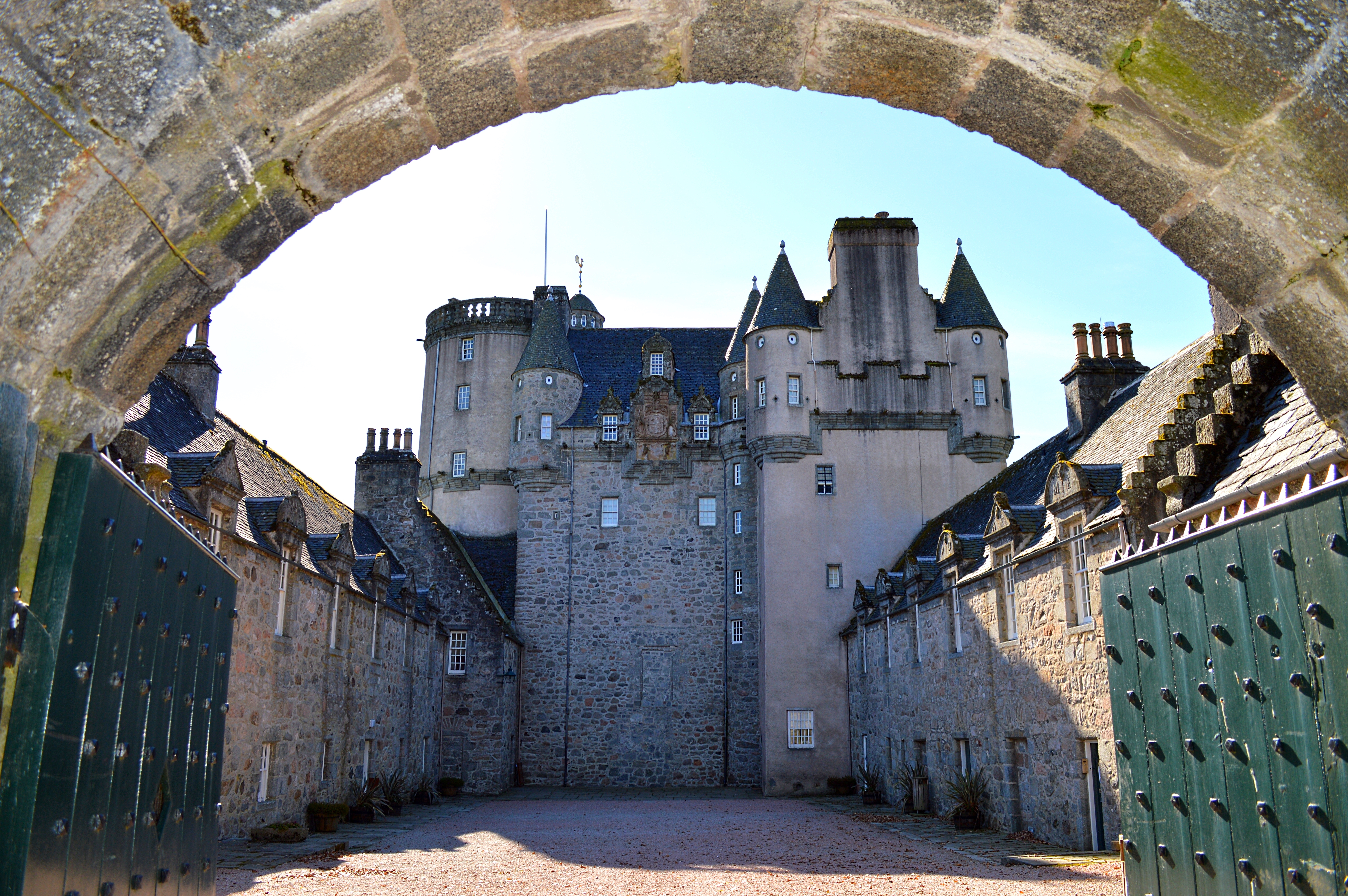 It is said to be haunted by a Princess who was murdered in The Green Room. Her body was dragged down the stairs and to this day bloodstains appear on the hearth and the stairs. Though these are scrubbed clean, they reappear. Staff and visitors have also heard piano music and voices from the hall, though no-one was there. Another ghost is said to be that of Lady Blanche Drummond who died in 1874. She appears dressed in a long black gown.