Photographs of the Burn o Vat waterfall at the Muir of Dinnet, Royal Deeside, Cairngorm National Park with information and history:


The Burn o Vat waterfall is a beautiful naturally occurring pothole geological feature in the heart of Royal Deeside, Aberdeenshire at the Muir of Dinnet. There are pleasant walks in this natural nature reserve area including some that take you round Loch Kinord and Loch Davan in the Cairngorm National Park where a Pictish cross can be viewed. 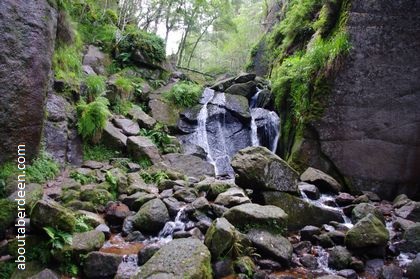 The Burn o Vat walks have free parking with a choice of a short direct walk to the water gouged bowl that you can walk into, or a longer walk that takes you to a magnificent view above the pothole.


Take a coach trip from Aberdeen to see the Muir of Dinnet. 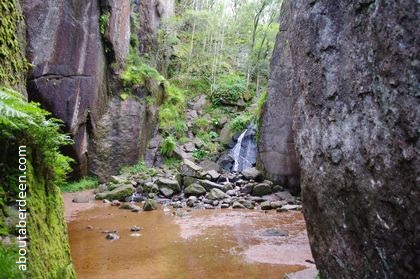 The visitor centre has information about this pink granite rock that has been created by the Ice Age and formed a 60 foot gorge into the rocks as the area warmed. The deep cauldron was created by the movement of sand, gravel, rocks and boulders to form a natural looking whirlpool. Artifacts found at the Burn o Vat and the Muir of Dinnet area can be viewed in the visitor centre. There are also fine examples of taxidermy of the local wildlife. There is a picnic area and public toilets. 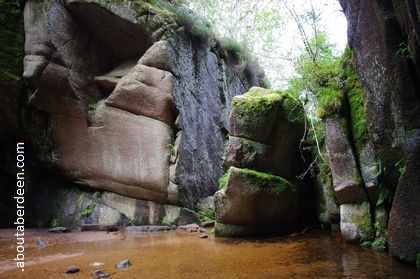 Walkers can go under this glacial feature of the Cairngorm National Park and walk below the waterfall. The photograph below is the entrance to the Burn o Vat and if you look closely you can see my dog who ran ahead for a paddle! 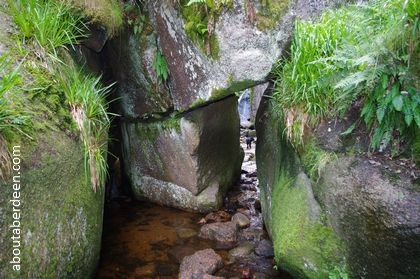 Local legend has it that the Scottish outlaw Rob Roy Macgregor hid in the Burn o Vat from the authorities. It is more likely that this was in fact the 17th century Deeside outlaw Patrick Gilroy Macgregor. 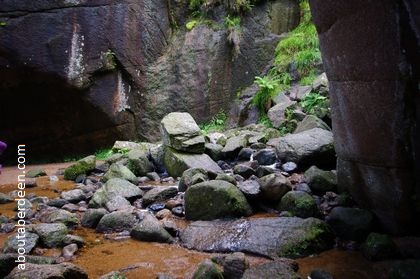 The Burn o Vat Waterfall and the Muir of Dinnet can be found just off the A93 to Ballater, turning off to the B9119 Tarland road. 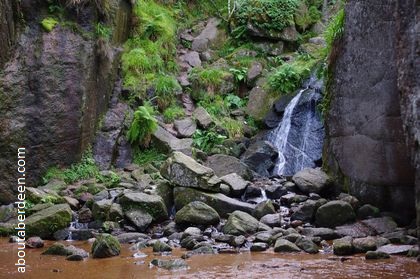