Are you brave or talented enough to audition for ITV's Britain's Got Talent in Aberdeen at The Music Hall? 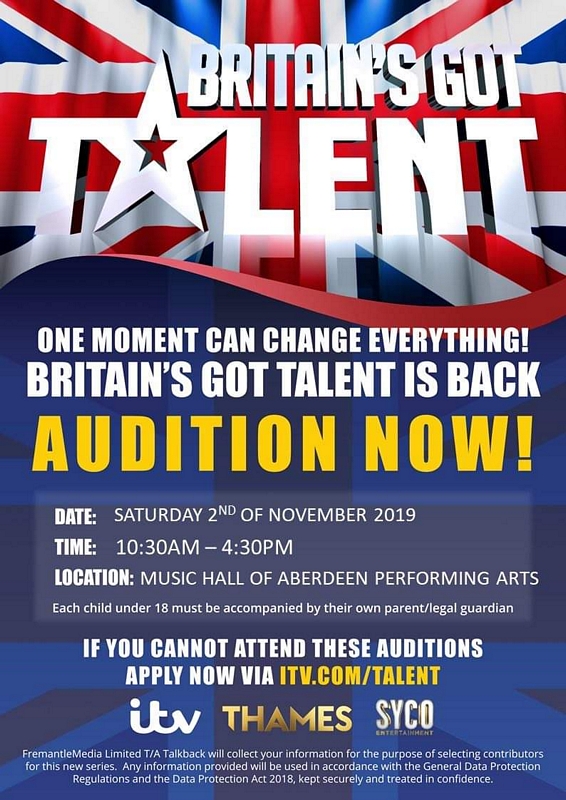 Britain's Got Talent Auditions are coming to Aberdeen at The Music Hall from 10:30am to 4:30pm on Saturday 2nd November 2019.

The auditions are open to anyone but those aged under 18 years must be accompanied by an adult.

Those unable to attend this date can apply online at itv.com/talent