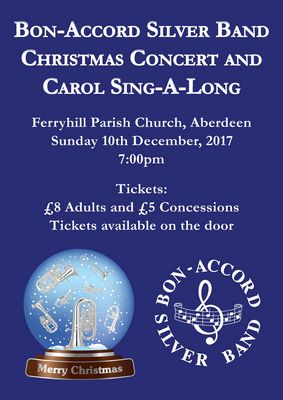 Tickets cost £8 for adults and £5 for Concessions. Tickets are available on the door.