- Guide and History of Boddam, Aberdeenshire, facilities and areas of interest.


Boddam village lies a few miles from Peterhead and has a population of about 1600. This peaceful village origins lie as a fishing community and there is still a busy harbour. The harbour was built in 1831 and became a registered port in 1845.

The first entrance to the village, from Aberdeen, has an elegant looking granite gateway. This was built in 2002 to commemorate the Golden Jubilee of Queen Elizabeth the 2nd.

From the gateway you can view the remains of Boddam Castle which was the 16th Century seat of Keith, Knight of Ludquharm. The steep gorge next to Boddam Castle is called Theif's Loup. 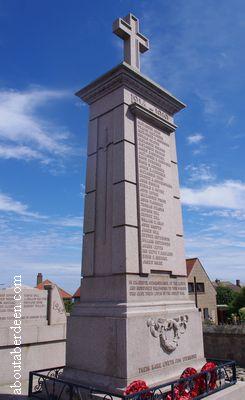 Old photos of Boddam village can be viewed in the book Old Cruden Bay and Port Erroll: Whinnyfold, Boddam and Buchanhaven

by Jim Buchan which include scenes of herring nets being dried on cottage dikes, the Quarry, Harbour and views from the top of Boddam Lighthouse before housing developments such as Claymore Crescent and Manse Terrace where the Mains of Boddam farm and land can be seen with the War Memorial standing proudly in a field which is now surrounded by homes.


The larger roofless building remains behind the Castle is a former Boddam Hotel built in 1840 called Earl's Lodge (also called Buchanness Lodge). This was closed down after a fire and fell into disrepair until 2006 when the roof was repaired and the structure and interior rebuilt. It is now a private home. 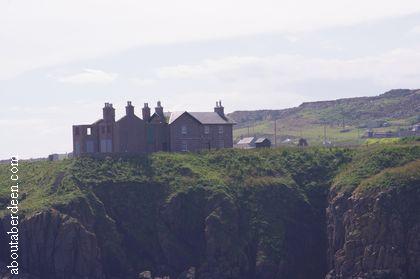 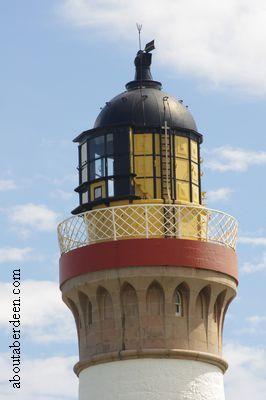 At the bottom of Queen's Road are some seats which are affectionally known as the seaties. This is a pleasant place to sit and watch the coast and view the splendour of the Buchan Ness Lighthouse - read about it and see photographs.

The house adjacent to the seaties has a barometer on the wall which was gifted to the village by the 4th Earl of Aberdeen. 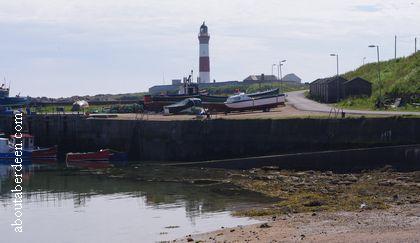 The harbour is still actively used by local fishermen who have rows of huts near the harbour. There are some fine looking boats populating the harbour. Just behind the harbour and the fish factory is a wee path that takes you to Sandford Bay which makes a great place to walk, especially for dogs who can have a good run around. There is a large rabbit population running around and you can often see a seal bobbing about in the water. Further along, behind the Peterhead Power Station, is a water outflow which pumps hot water from the Station. This attracts fish such as sea bass and is a popular fishing spot.

The rocks out to sea are known locally as Skerry Rocks.

There is a War Memorial at Manse Terrace which commerates both the World Wars. This is a fine example of locally quarried and crafted granite.

Amenities within the village include three Hotels/Pubs, The Rocksley Inn, The Seaview Hotel and The Buchanness Hotel. The

There are two newsagents/grocery shops, a Post Office and library and a fish and chip shop.


Now I have read some Boddam folklore about Dodlie's Castle - can anyone explain this to me? If so please use the contact me link to the left. I believe many a Boddamer has stayed at Dodlie Castle.

In 2009 a bronze statue of a Royal Air Force serviceman was built on Rocksley Drive in Boddam to honour the service of RAF Buchan. Read more about it with photos on the RAF Buchan Boddam Statue page.


Read about inshore fishing in Boddam as told in Doric by a local fisherman. 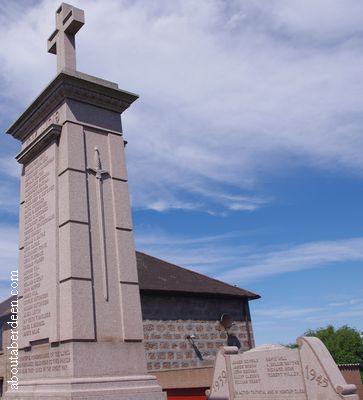 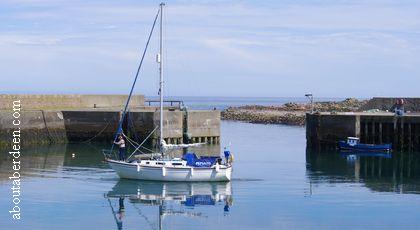 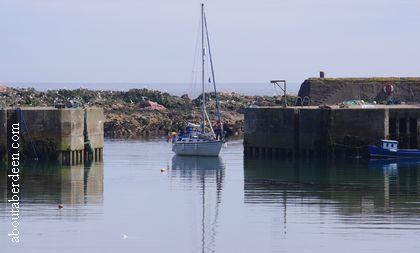 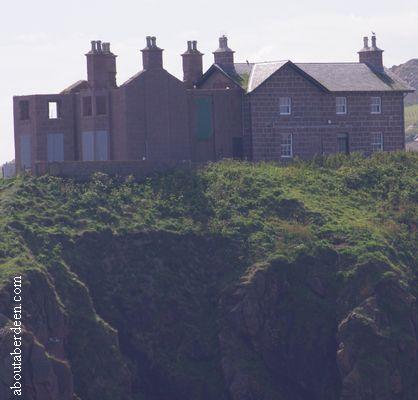