Blair Castle Scotland is one of the finest privately owned which is open to the public. Visitors should allow at least three hours to tour around the building, learn the history and visit the gardens. 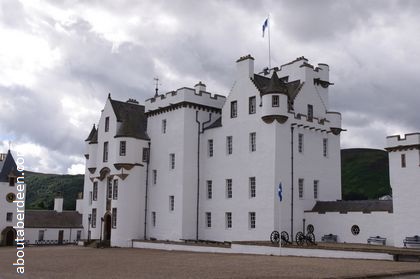 Entry to this Strath Garry area is through the magnificent gates and up the driveway. Tickets are then purchased at a booth where the guides direct you to which car park to use. Disabled visitors can park next to the buildings and get a reduced rate since there is little disabled access due to the many stairs.

There are guides in each room who are happy to answer questions along with information sheets in different languages, though do buy the guidebook for its many impressive pictures since photography is not permitted within except for the ballroom. 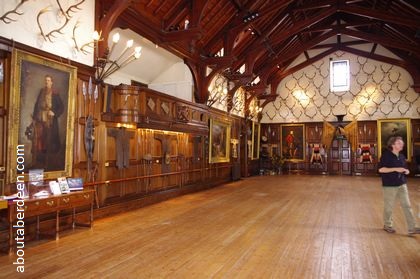 It also describes the history of the family and building from their visit from Mary Queen of Scots in 1564, its capture in 1652 by supporters of Cromwell and the two Jacobite uprisings of 1715 and 1745. There was also the holiday stay by Queen Victoria in 1844 where the colours and the right to bear arms were bestowed on the Duke and his men. It is famed for still having its own private army, the Atholl Highlanders, who parade each May during the Gathering and Highland Games. Descendants served during the Great War and the building became a Red Cross hospital. In the Second World War it was a prep school and home to evacuees from Glasgow. It is now famed for the International Horse Trials held in August.

Do look out for the collection of stag antlers, weaponry displays including muskets used at the Battle of Culloden, a 1630 regal organ and a 42 pint whisky bottle. 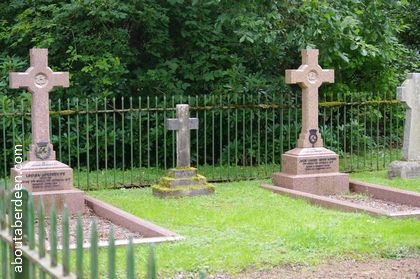 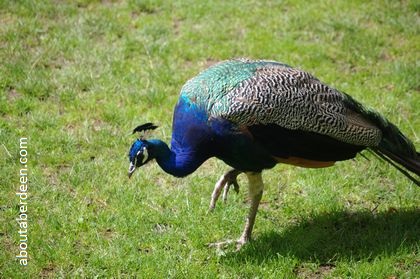 The toilets are on the ground floor next to the teashop which sells homemade meals, snacks and hot and cold drinks. 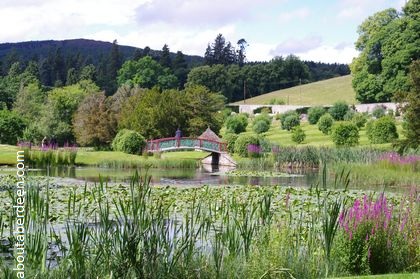 A bagpiper plays near the entrance at regular intervals and he is happy to take requests and pose for photos. 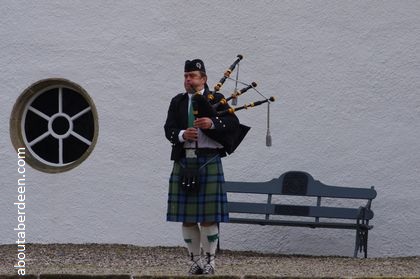 
A deer park is within the estate, next to the horse stables and on the way to the Diana Grove. This is named after the Roman hunting goddess and the original statue was created by John Cheere and erected by the 2nd Duke of Atholl in 1737. It was replaced in 1893 after the great storm and then restored in 1997. 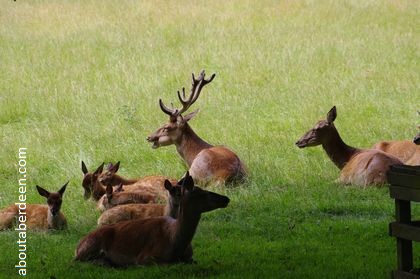 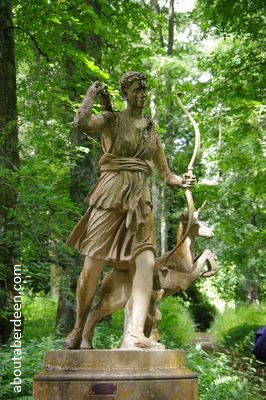 A short walk takes you to the St Bride's Kirk which was located in the village of Old Blair through which the Perth Inverness road used to run. Do look out for this beautiful peacock on the way. The new village Blair Atholl came into existence in 1823 with the new bridge over the River Tait. The old church and road is now abandoned. Its origins dates back to Celtic times and the existing structure is from the 16th Century. Records from the years 1275 and 1276 show that 32 shillings were paid to the Cruscaders as a thithe of tenths by the church. 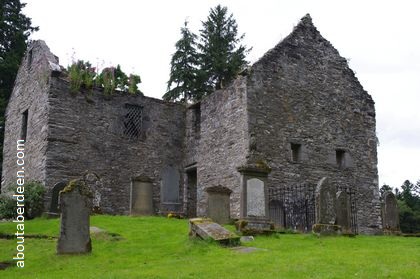 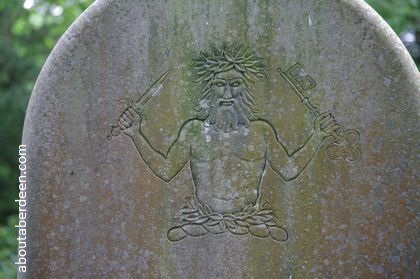 John Graham of Claverhouse (Viscount Dundee) was brought her after his death during the Battle of Killiecrankie in 1689. He is buried in the vault beneath the Kirk. His breastplate is on display in the castle. It is also the private burial ground of the Dukes of Atholl set beneath Wellingtonias and noble fir. 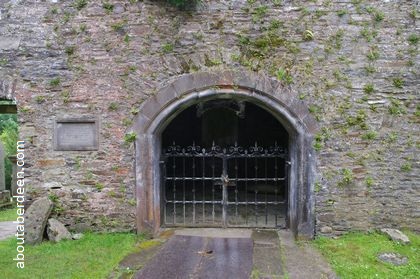 
Also worth a visit in the grounds are the 18th century Hercules Gardens set in a walled area of about 9 acres. The Hercules statue overlooks it through a clair voyee gap where there is a Georgian Folly, Chinese bridge over a pond where you can see swans and feed the ducks. The herbaceous borders, fruit trees and vegetable beds are well maintained and provide a tranquil rest with plenty of seating. 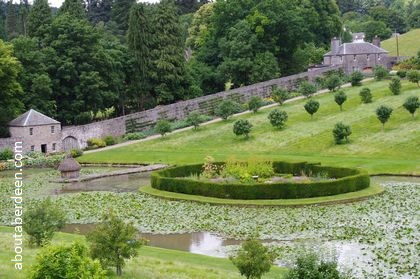 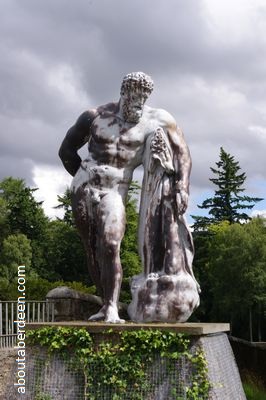 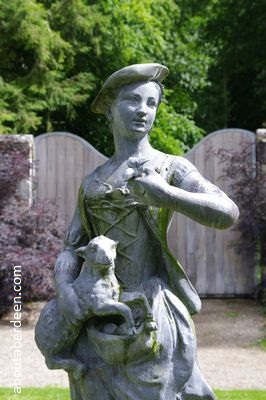 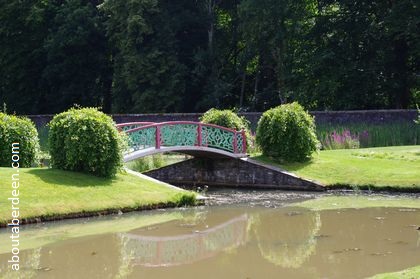 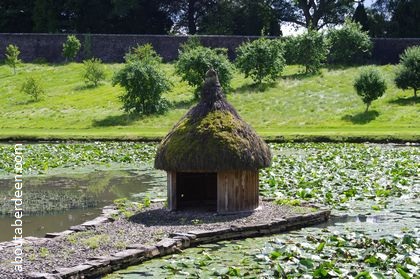 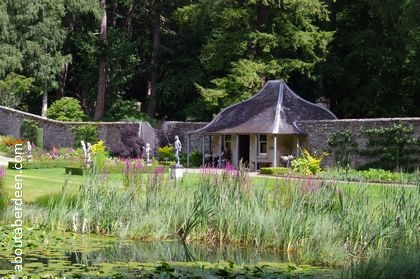 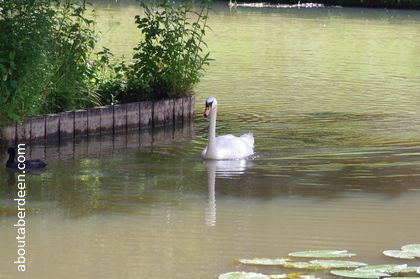 Inside the McGregor Folly is a Martin Rayner ARSA sculpture where figures represent staff like farm workers such as the manager and head keeper. 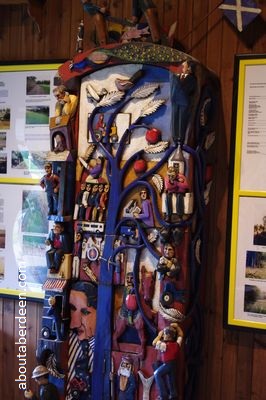 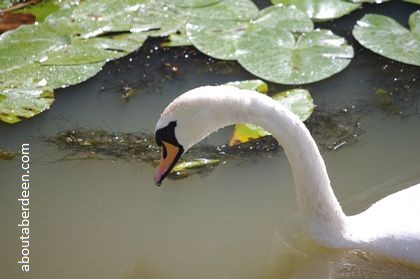 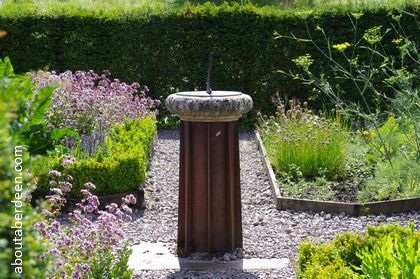 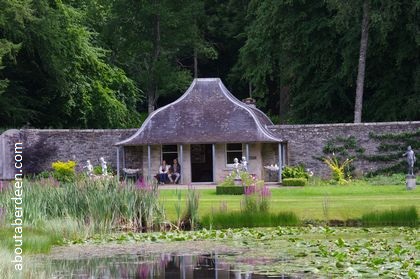 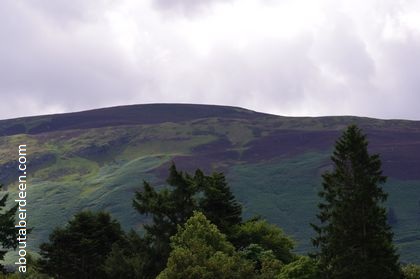 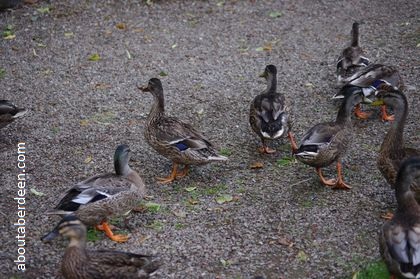 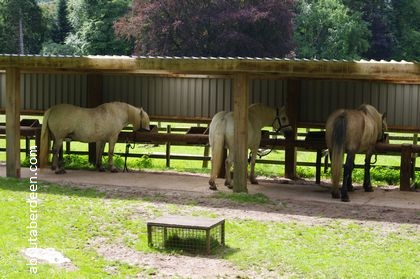 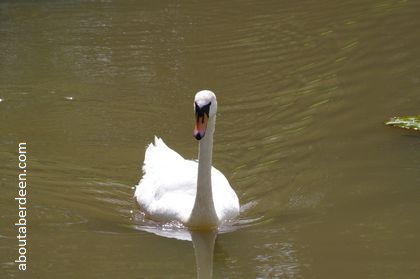