Bill Bailey brings his act, Larks in Transit, a compendium of travellers’ tales and a reflection upon his 20 years as a travelling comedian to Aberdeen at the AECC on Saturday 1st June 2019 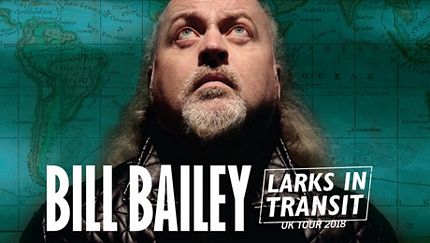