The Belmont Cinema Aberdeen is situated in the heart of Aberdeen City within walking distance of the major shopping areas. It specialises in showing art house, foreign, classic and latest releases cinema films.

There are 3 screens within the Aberdeen Belmont Cinema complex all offering the same comfortable surroundings and seating and there is a kiosk and cafe bar serving a range of drinks and snacks.


There is a fully licensed bar and the Belmont also hosts live music band performances.


Each Saturday morning there is a kids club at the cinema with a film showing and organised activities.


On a Tuesday evening at The Belmont Cinema Aberdeen there is an entertaining Film Quiz Night with rounds based on films, music, new releases, directors, etc. These are friendly and great fun and thee is usually a new drinks promotion. Prizes include free film merchandise, DVDs and cinema tickets.


Each Tuesday and Thursday afternoons there is a Silver Screen offer for Senior Citizens where they can see any film and get a free tea or coffee for only £3.


The Belmont Cinema website has the facility for you to book cinema seats and tickets online.


Free postcards are available in the foyer of The belmont Cinema Aberdeen - useful for people who collect film memorabilia or for those who need postcards for competitions.


Facilities for the disabled at Aberdeen Belmont Cinema include wheelchair access and lifts - it is recommended to book tickets so that a wheelchair space can be reserved. Guide dogs are made welcomes and there are special facilities for the blind and deaf. There is several disabled car parking spaces on Belmont Street.


The Belmont Cinema Website has competitions to win DVDs.

The Address, Telephone Number And Website For The Belmont Cinema In Aberdeen

Tao of the Traveller 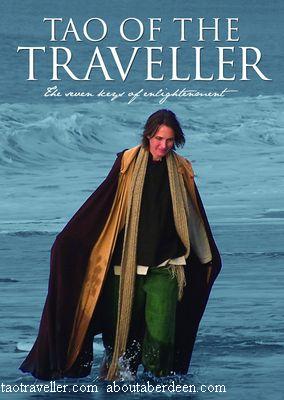 The Producer and the Director of the Tao of the Traveller will be at The Belmont Cinema and Theatre to share deeper insights into the film with the audience.

When knowledge as old as time falls into her hands a journey she never intended begins. There was no flash of lightning, no crash of thunder to mark the moment, but nothing would ever be the same again!

Script to Screen and Stage


In August 2007 the Belmont Cinema Aberdeen hosted the Script to Screen and Stage event for Aberdeenshire. Young film makers had the opportunity to see their film script turned into a movie and shown at the Belmont Cinema screen.

Fifteen films were shown which ranged from a whodunnit through to an American musical. The young writers, producers, actors and actresses were given the red carpet treatment at the arrival of their film premiers at The Belmont Aberdeen on the 18 and 19 August 2007.

The annual event Script to Screen and Stage was created in 2006 by Grampian Film Commissioner Joyce Ogilvie and was first screened at The Belmont Cinema Aberdeen. Each group that takes part in Script to Screen and Stage consists of up to ten youngsters who have to write a screen script, produce, film and act the parts. During the process they are taught acting skills and camera techniques and film throughout Aberdeen and Aberdeenshire. Areas that have been shot include Westhill. Past titles include We're In The Money.