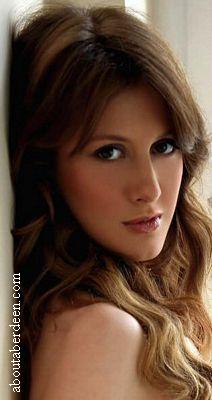 Model Ashly Rae was brought up in Crathes, near Banchory and attended Banchory Academy.


Her modelling career started when she was 17 at Doncaster car show.


She is well known for her lovely long legs - all 37 inches of them. They are insured for £1million.


From an early age Ashly Rae wanted to be an actress and her first acting role was in the pantomime Cinderella at Woodend Barn in Banchory where Ashly had the role as Buttons. From this humble beginning Ashly soon made her mark in Hollywood and is to star opposite acting legend Robert De Niro in a supporting role in the 2008 film 20% Fiction. The Director and Writer of the comedy film 20% Fiction is Barry Primus and the plot is about a veteran acting coach who moved to a small town from Los Angeles and enjoys working with local budding actors. Filming of 20% Fiction will start in February 2008 in South Carolina. Read more about the development of 20% Fiction and Ashly Rae at the official AshlyRae website of ashlyrae.com


In between modelling and acting Ashly Rae has taken the advice of her favourite television programmes Grand Designs and Property Ladder by becoming a property dealer in her spare time. Her property portfolio already includes a house and a flat in South London. Ashly loves to makeover properties and rents them out.


Once the United States writer's strike of 2007 and 2008 has ended then Ashly Rae will be able to start work on her next projects. These are three films to be made with the independent producer Jim Bradley. The first is a horror thriller called The Mentor. 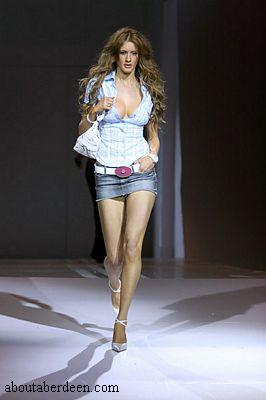 In September 2006 Ashly Rae modelled the new collection of haute couture at London Fashion Week for Flora Kung, the American stylist whose outfits have been worn in television programmes Dallas and Dynasty by stars like Joan Collins. These new outfits were just as stunning - but without shoulder pads! They are only sold at 100 outfitters and stores such as Harrods and Harvey Nichols in London. Ashly Rae will be the face of the new Flora Kung collection in the UK and the USA and will help to promote the brand internationally. This sees a welcome return to fashion design of Flora Kung who took time out to raise her children. She has teamed up with business partner Harald Jonassen to bring her signature printed silk dresses with a contemporary style into the 21st Century. They were launched in Britain at the club Annabel's in London.

In The Portal Ashly Rae appeared as Nurse Kelly in this 2010 horror film about a team of investigators who whilst exploring a strange hemorrhagic illness discover an eerie black painting that is a portal to another dimension.

In Ebony Road Ashly Rae stars as Rachel. Ebony Rae is a film about a prostitute and her past life and modern events such as kidnapping . Ebony Road is currently being filmed so more details will appear soon. Ashly Rae will star opposite her boyfriend Benjamin Farrar.


Van Wilder Deux: The Rise of Taj - stars Ryan Reynolds as a student in Oxford University who gets up to National Lampoon type activities. Ashly adopted an Irish accent for her role.


Alpha Numeric - stars Brian Cox, Christopher Lambert, Val Kilmer and Winoma Ryder in a film about human trafficking in Russia being investigated by a reporter who then gets targeted by the Russian Mafia. It is written and directed by Fiona MacKenzie.


The Goldfield Murders a horror film based on a true story of a ghost town outside Las Vegas which has a hotel haunted by a prostitute. Ashley's character is called Elizabeth. Other actors in the film include Richard Chance, Chuck Zito, Scott Whyte and Roddy Piper.


My Funny Valentine - film in progress.


7/10 Split - Ashly Rae stars as a talent agent in this comedy which also stars Carmen Electra, Paris Hilton and Tara Reid. The comedy film is about a failed actor who strikes it big in ten pin bowling


In 2005 Ashley was the only British model working at the Los Angeles Fashion Week. She also had 6 pages devoted to her in OK magazine in 2005.


AboutAberdeen would like to thank Ashly Rae for giving kind permission to display the photographs on this page.