Amanda Owen The Yorkshire Shepherdess will talk about her life from a teenage Goth to star of Channel 5 Our Yorkshire Farm and a mother of nine. This event takes place in the Marquee on Friday 26th July 2019, the night before the Banchory Show. 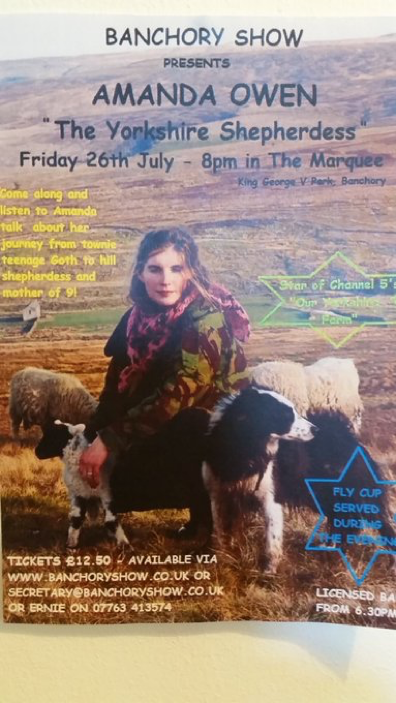 Tickets are available from www.banchoryshow.co.uk