Alice Cooper Olâ€™ Black Eyes Is Back at Aberdeen TECA on the 5th October 2019. His special guests will be The Stranglers MC50. 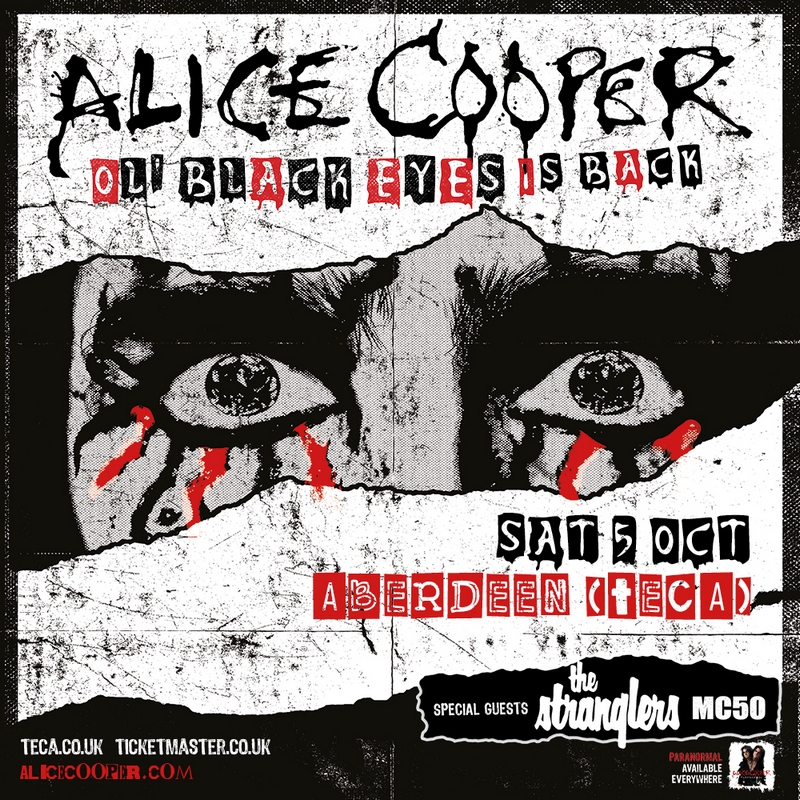