Aled Jones, performer and broadcaster and Emmerdale actor Chris Chittell are set to bring laughter and song when they host and perform at the five-star Marcliffe Hotel in Aberdeen on Friday the 22nd of March 2019. Tickets are still available. 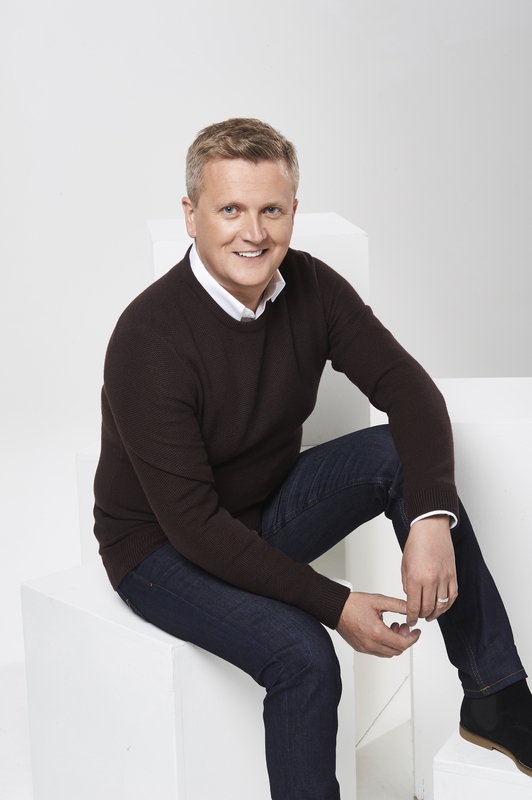 This prestige event will be in celebration of the 140th anniversary of the North East Sensory Services, an amazing local charity operating with the main aim of achieving independence for blind and deaf people. March sees them mark 140 years of improving lives with a celebratory Ball to remember.

A wonderful line-up of entertainment is topped with a live performance set from Aled Jones, a singer, radio and television presenter, who has been a household name since the 1980's. Aled Jones MBE will forever be noted as having been one of the world's most successful boy sopranos. He made his professional debut as a 12-year-old performing the role of the Angel in Handel's Oratorio ‘Jeptha’ on BBC2 and BBC Radio 3.

Aled also became famous for his voicing of “Walking in the Air”, the song from Channel 4’s animated film The Snowman. His theatre work is world famous too, having enjoyed starring roles such as Joseph in Andrew Lloyd Webber’s “Joseph and the Amazing Technicolour Dreamcoat.”

Now Aled Jones is widely renowned as a super award-winning performer and broadcaster, with many chart-topping musical albums under his belt along with presenting prime time television and radio shows. Aled has also released two singles with Sir Terry Wogan in aid of the 'Children in Need' appeal. In fact, he currently has a total of 31 albums to his name – selling over 7 million copies to date. His latest album ‘One Voice’ reached number 1 in the classical chart and reached number 3 in the official UK charts climbing up the charts – which is a rare thing.

He was the subject of the last ever ‘This is Your Life’ on the BBC and was surprised on stage at the Royal Albert Hall during the filming of the ‘Songs of Praise' Big Sing. In 2004 Aled was a contestant on the second series of ‘Strictly Come Dancing’, to huge popular acclaim. He made it through to the semi-final of the competition and cites dancing a Samba to the Tom Jones hit 'It's Not Unusual' in Blackpool's famous Tower Ballroom as a real highlight!

The stars keep coming as television actor Chris Chittell will leave the set
of ITV’s Emmerdale for one night only to host this special evening of fine dining and dancing to top class live band Callanish.

Stronachs are kindly sponsoring the champagne reception at the event and say,

Stronachs are delighted to be associated with this long-established charity and the services they provide to the blind and deaf communities and are looking forward to being part of a fantastic launch event.