Biography of Aggie MacKenzie and her television appearances on Storage Hoarders, Celebrity Masterchef, Too Post To Wash and How Clean Is Your House TV Programmes 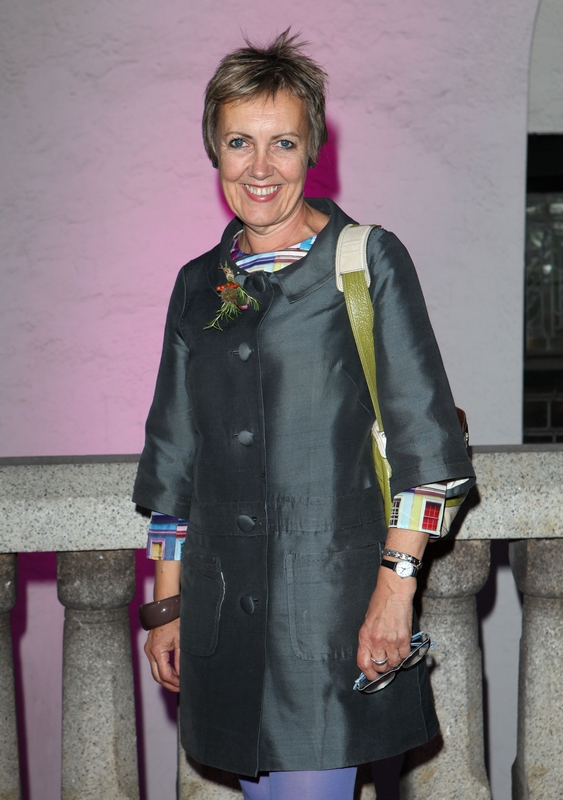 She rose to prominence in her Channel 4 television shows How Clean Is Your House and Too Posh To Wash with her co-star Kim Woodburn.

Her recent appearance on TV has been on Storage Hoarders on ITV where she helps people reduce their belongings.


On Saturday Live on Radio 4 in September 2013 she shared her Inheritance Tracks. These were Donald Where's your troosers by Andy Stewart in memory of her father. She handed down the song Here comes the sun by Nina Simone to her children.


Too Good To Waste

In 2012 she was an on screen advisor for the STV program Too Good To Waste where celebrities were taught how to save money on their food and fuel bills. She gave advice about reducing shopping bills and gave cleaning hints and tips.

Aggie MacKenzie was born in 1955 in Rothiemurchus, Aviemore in the Cairngorms mountain region and went to school at Kingussie High School.


She learnt her domestic, cooking and cleaning skills from her mother who knew many remedies for removing stains.


She published a new book in 2009 called Ask Aggie: For All Your Cleaning Solutions which is jam packed with cleaning tips around the home from the kitchen to the bedroom and bathroom Aggie has the easy solution to making removing stains so much quicker and easier.


She attended further education at Aberdeen where she attained a bilingual secretarial qualification which earned her first job at the Foreign Office. After signing the official secrets act she worked for MI6. She worked in the security organisation for two years and then took a post at the press office of the National Union of Students. From here she worked at many women's magazines and then took the position of Associate Editor in Charge of the Good Housekeeping Magazine. Part of her responsibilities here was to review cleaning products and gadgets and write about household appliances and create new recipes. In 2002 she was asked to take a screen test for a new show that would later earn her the nicknames of The Nation's Dream Cleaning Team, the Grime Busters and Dirt Detectives. She met a lady called Kim Woodburn and passed the screen test and the chemistry of Kim and Aggie was born. She gives a down to earth approach with her lovely Scots no nonsense voice as she and Kim educate people to keep themselves and their houses hygienic and tidy - and she looks a bonnie fearsome sight in those rubber gloves! Their reactions to some of the houses they visit and the conditions that people keep themselves and their surroundings in are just hilarious.

She describes her childhood and favourite meals and recipes in the book Taste Ye Back: Great Scots and the Food That Made Them

which includes her Mum's broth recipe.


They have produced books, games and DVDs from their shows and their popularity is such that there is even a How Clean is your House Board Game.

She appeared with her family appeared on All Star Family Fortunes on Saturday 25 September 2010 at 6:45pm. The other team was Emmerdale actress and Dancing on Ice star Hayley Tamaddon. She had her son Rory, sister in law Felicity and her nieces Lisa and Martha on her team. Their chosen charity was the Hackney Youth Orchestra Trust. Her family came from London and Glasgow.

At one time the double act of Kim and Aggie were rarely seen apart and together they have appeared on the following TV shows and Programmes:

She turned her natural charm and wit to presenter work in 2009. She hosted and presented an assortment of TV and radio shows such as The Hour show and BBC Radio Scotland in the Fred Macaulay and Co.


How Clean Is Your House?

Channel 4 announced in November 2009 that no more new episodes would be made. They also decided that Wife Swap would no longer be produced and that Big Brother and Celebrity Big Brother would end in 2010. This was the month that her co-host, Kim Woodburn, appeared in the jungle in I'm a Celebrity Get Me Out of Here on ITV.

The Narrator of How Clean Is Your House?

The narrator of How Clean Is Your House? is Paul Copley whose North Yorkshire voice and accent may be familiar to viewers of Hornblower as the sailor Mathews, Jerry (Egg's father) in This Life, Ian in Roughnecks and the Pathologist in Cracker. He has also been a guest actor in many TV programmes such as Shameless, Coronation Street, Secret Army, Juliet Bravo, Clocking Off, The Worst Witch, Peak Practice, Silent Witness, Born and Bred, Doctors, No Angels, Life on Mars, Waking The Dead and The Bill.


They have written many books which include:

She took part in the fourth series of Dancing on Ice on ITV on Sunday 13 January 2007. Her dancing partner was Russian Imperial Ice Star Sergey Malyshev.

When Kim And Aggie Went To Hospital


On the 30 August 2006 Kim Woodburn and Aggie Mackenzie donned stern looking matron uniforms for a TV special called When Kim And Aggie Went To Hospital. They took to the wards of Ealing Hospital in West London to examine hospital's levels of hygiene.


On the 31 December 2006 she saw in the new year by appearing in the Hogmanay Live Show where she helped viewers with tips to help with the New Year Custom of cleaning the home from top to bottom before the hogmanay bells ring.


Come Dine With Me


In July 2006 she appeared as a guest and a celebrity chef on series 3 of Channel 4 Come Dine With Me celebrity special. Her other guests and chefs were Anneka Rice (TV host and Challenge Anneka star), actress Linda Robson (Birds of a Feather), Roland Riveron (comedian and DJ), Toby Young (food critic and author). Each star took it in turns to plan a menu, cook and hold a dinner party for each other. She came joint second place with Roland Riveron. The winner was Toby Young (and his wife!) who won Â£1000 to donate to a charity of his choice.
Her dishes were:

Her only mishap was the ice cream machine overheating and refusing to work. I particularly liked her method for setting aside to cool her food as she was preparing it - she put it on the patio! Whilst she was finishing off cooking her meal Roland and Anneka, donned the famous rubber gloves and went looking round her house to see how clean it was... and found dust on the bathroom window sill!

Read the Come Dine With Me Aberdeen page for the 2008 series four which was filmed locally.

On Saturday 16 September 2007 she appeared on Hell's Kitchen on ITV as a celebrity diner. This series featured famous chef Marco Pierre White and she commented on how delicious the lemon meringue cake was which was made by Hells kitchen celebrity cook Brian Dowling.


She now lives in London. Her husband was Matthew, an architect. They have two sons called Rory and Ewan - two fine Scots names!

She generously donates fees for some interviews to Ukuthasa, a charity that supports people who live in townships in South Africa. The money raised by Ukuthasa helps the villagers with healthcare, education and housing. 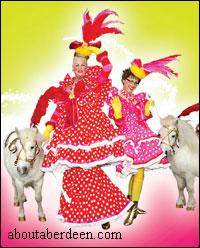 During the Christmas period of 2007 they appeared as the Ugly Sisters in the panto Cinderella at the Theatre Royal in Brighton.

On the 28 December 2007 they presented a prize of a holiday to the contestant of The Friday Night Christmas Project with Davina McCall.