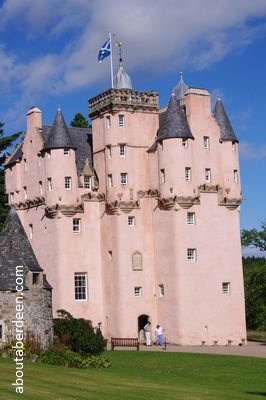 We are blessed with many in our area, sadly though the Aberdeen Castle itself is no longer in existence. It once sat proudly in the Castlegate area where a block of flats now reside. However a short drive takes you to many Aberdeenshire Castles and the links below take you to our comprehensive guide to each one:

Other historic buildings in our area include the Georgian house Duff House.


Join the National Trust and get free admission to their castles in Scotland, England, Wales and Northern Ireland. This includes many of those listed and reviewed on this page. There is an offer for visitors of several free months membership and a free picnic rug.


Other Scottish Castles include: