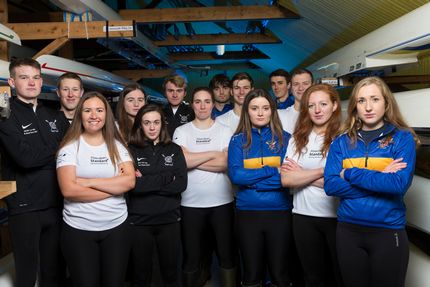 The Aberdeen Boat Race returns to the River Dee this March, where Robert Gordon University will go head to head with reigning champion, the University of Aberdeen, along the 3.5km course on the River Dee, in an intense battle of skill and determination.

Sponsored by Aberdeen Standard Investments, the Aberdeen Boat Race is now in its 23rd year and is often hailed as the Scottish equivalent to the Oxford-Cambridge Boat Race.

The title race begins at 1.30pm, and spectators are encouraged to line the banks of the river and cheer on the teams as they battle it out for the coveted trophy.

The race day schedule begins with the toss for stations at 11:20am. This is followed by the second crew race at 12:05pm, the alumni race at 12:25pm, and the media challenge at 1:10pm, which will see local media outlets battle it out on the water for ultimate bragging rights. The Aberdeen Boat Race then takes place at 1:30pm.


More Events in Aberdeen and Sports.