Mary Garden was born in Aberdeen, Scotland on 20 February 1874. Her father was a clerk in an Aberdeenshire iron works.
At the age of 6 her family moved to Chicago, in the American state of Illinois in 1883 where her dad commenced a new carer selling bicycles and motor cars.

In the USA she started singing and was heard by singing teacher Sarah Robinson-Duff who envisaged a career as an operatic soprano singer for Mary. To enable Mary to take free singing lessons, Sarah Robinson-Duff secured her a position as a nanny in 1896 to the children of David Mayer, a department store owner in Chicago, and his wife Florence.

Later, in France, she studied with Trabadelo and Lucien Fugère in Paris. More singing lessons and study was undertaken by Mary with Sibyl Sanderson. This led to a meeting with Albert Carré who was the director of the Opéra-Comique. He signed Mary on and she made her debut in April 1900 in Gustave Charpentier’s Louise in the title role. This launched her operatic and singing career and saw her rise in popularity.

Mary Garden returned to the UK later in 1902 to perform at Covent Garden, London for two years.

1903 saw her first record being produced. Many more records were made by Mary Garden, until 1929. These ranged from operatic, French songs and going back to her roots with Scottish folk songs.

Mary's performance in Paris as Chrysis in Erlanger’s Aphrodite was highly acclaimed in 1906.

She followed this highly acclaimed performance at Hammerstein’s Manhattan Opera House in the premiere of Thaïs in 1907.


From 1910 she performed with the Chicago Grand Opera with Pelléas et Mélisande and became the leading soprano for the next 21 years. In the lyric repertoire she was the prima donna assoluta. Several years later she became the Director and oversaw the premiere of Prokoviev’s The Love for Three Oranges.
Though a Scottish American Soprano, Mary Garden would sing her roles in French. As a lyric soprano, she excelled in coloratura roles such as Carmen, Violetta, Juliette, Ophélie and Salome and appeared as Tosca, Cléopâtre, Charlotte, Sapho.


Mary Garden appeared in two Goldwyn Pictures films which were a silent version of Massenet's Thaïs in 1917 and The Splendid Sinner film in 1918.

Advertisers were quick to offer her payment for advertising their products such as make up and face powder.

Though she retired from public performances in 1931 Mary Garden continued working by lecturing, giving master classes and recitals and as a talent scout for Metro-Goldwyn-Mayer for another 20 years. She had made over 50 recordings and appeared in over 35 operatic roles.

In 1951 she published her autobiography which was called Mary Garden's Story. Though out of print it can still be bought from online book shops such as Amazon

Mary Garden never married, but had many romances.


Mary Garden returned to Scotland and settled back to Aberdeen where she died on 3 January 1967 aged 92. Mary Garden was cremated and her ashes were scattered in the Garden of Remembrance at the old Crematorium in Garthdee. 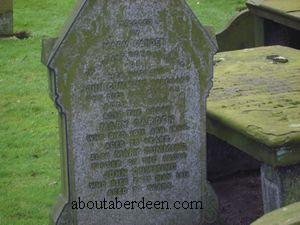