Details tickets and programme of the Aberdeen Jazz Festival 2013 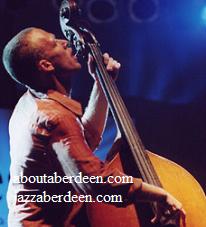 The annual Aberdeen Jazz Festival hosts a programme range of events, concerts and gigs from a range of saxophonists, pianists, bassists, and musicians from the UK, abroad and local Aberdeenshire talent. These include singer Alison Burns, guitar virtuosos Martin Taylor, American pianist Mulgrew Miller, New York Vibraphonist Joe Locke, the Alan Skidmore Quartet, Polar Bear, Gwilym Simcock, Neil Cowley and Avishai Cohen the bassist and composer from Israel.
It is so popular it has now formed part of the Scottish jazz scene with visitors travelling from various parts of Scotland, within the UK and Internationally.


The Aberdeen Jazz Festival 2013 takes places from March 12 to 17 at various venues that include The Blue Lamp, The Lemon Tree, Musa and The Carmelite Hotel. It also includes performance at the Beach Ballroom for the first time. Performers include Ruby Turner, Mud Morganfield and Courtney Pine. Read the full programme for the Aberdeen Jazz Festival 2013 at www.aberdeenjazzfestival.com and for tickets call: 0845 111 0302.

Jazz Aberdeen have merged with Assembly Direct of Edinburgh to form Jazz Scotland. 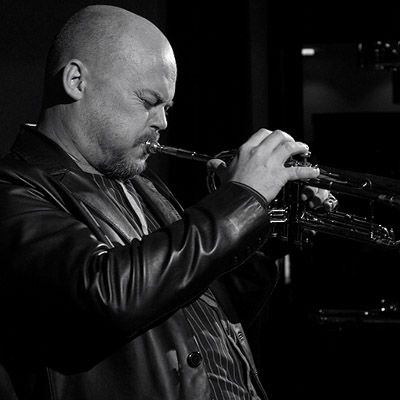 2010 will be the 6th event. This year it will be based entirely in the Blue Lamp which has a reputation throughout the city as a live venue which is loved by both performers and audiences alike. This year they welcome three great saxophonists who are Eric Alexander from America, Dave O’Higgins from London and Alan Barnes. Also performing are Blue Lamp favourites Graeme Stephen and the great Swedish trumpeter Anders Bergcrantz who will be playing with Aberdeen’s own Gary Gibb. Below are some of the confirmed acts: 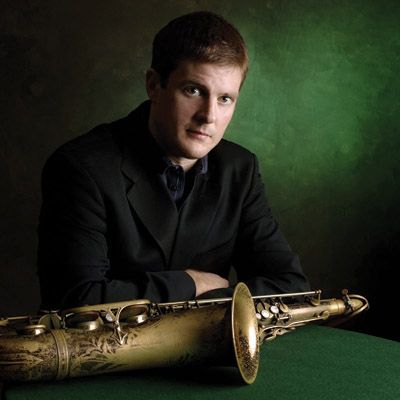 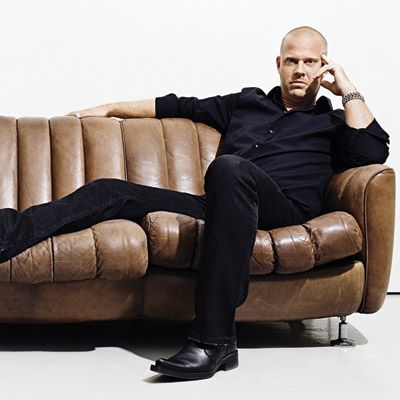 Jacob Karlzon Trio at The Blue Lamp on Thursday 11th March from 8–10pm. Tickets are £10 (conc £8). Jacob Karlzon is one of the leading pianists in Europe, Karlzon has an extraordinary touch. He can hit the most sensitive of emotional chords, communicating directly with audience's hearts, and he can also play thrilling, uptempo grooves, packed with bright melodies. His Trio with Hans Andersson (bass) and Rasmus Kihlberg (drums) covers all the bases – wonderfully turned simple folkloric ballads, blues grooves, swinging..if you like Keith Jarrett, Bill Evans or EST, you'll be thrilled by Karlzon's band. 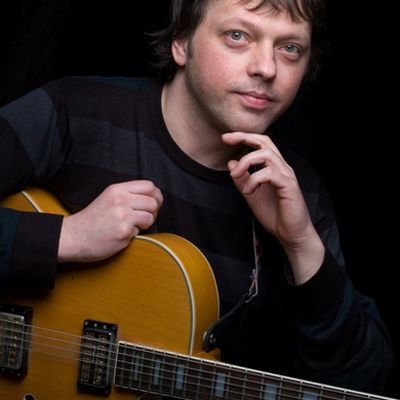 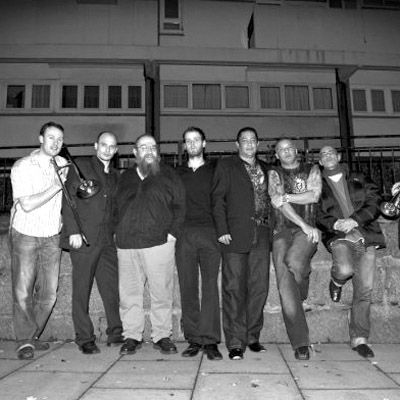 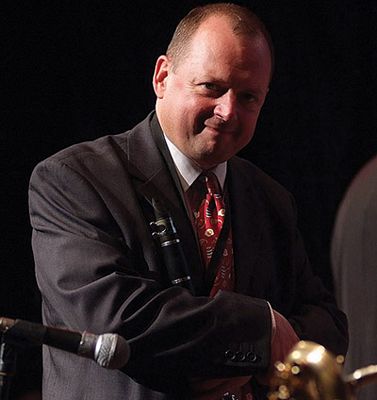 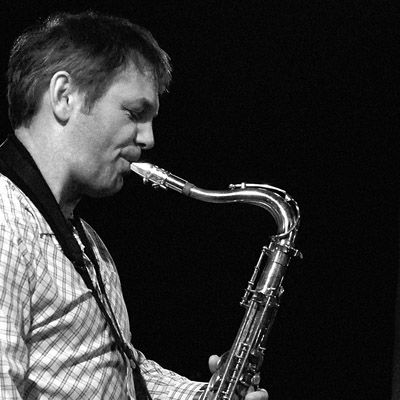 Garry Gibb Quartet featuring Anders Bergcrantz - Garry blows hot swinging modern jazz in the Rollins, Coltrane, Joe Henderson mode, and deserves his status as the North East's leading resident musician. Here he is in illustrious company, with one of the leading trumpeters in the world. Bergcrantz is a phenomenal musician. He's got all the fire of Freddie Hubbard, the subtlety of Miles Davis, and a truly distinctive personal voice. He astonishes with his extraordinary technical capacity, but never lets it get in the way of the music. Tonight: hot, hard grooving blues and bop. 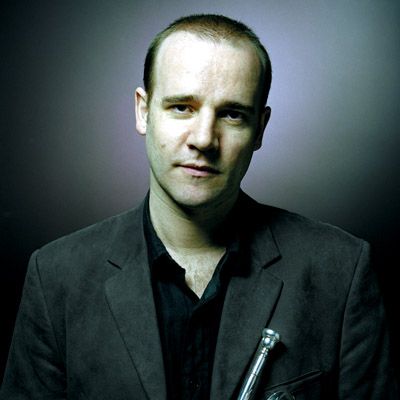 Mercy, Mercy, Mercy at Aberdeen The Blue Lamp on Sunday 14 March from 8–10pm with tickets costing £10 (conc £8). A brand new "supergroup" (Herald) fronted by trumpeter, Colin Steele and alto saxophonist, Martin Kershaw, playing the music of Cannonball and Nat Adderley. Steve Hamilton (piano), Brian Shiels (bass) and Alyn Cosker (drums) are the rhythm team. This is soulful, funky, swinging jazz that makes everyone feel good – audiences and musicians. Some would say it's the essence of Blue Note Jazz. Hot, steaming rhythm section, passionate solos, catchy tunes. Destined to be one of the major new groups of 2010.

The popularity grew to such an extent that in 2008, there would be an all year round events held in the City. These are held at the Blue Lamp in the Gallowgate area on Thursday evenings from 8pm. Performers include International stars such as saxophonist Gilad Atzmon's Orient House Ensemble and the Neil Cowley Trio who were the winners of the 2007 BBC Best Jazz Album Award.

Then in September 2009 it will be re-launched as the two week event called Aberdeen International Jazz Festival which will then be held every other year.

The dates will coincide with the Offshore Europe Exhibition.
Jazz Events Aberdeen

Paul Towndrow is one of the UK’s most exciting young saxophonists. With a style that honours the great masters of the past and present while creating an individual voice of his own, he has won lavish praise from the critics as well as earning enthusiastic responses from audiences at home and abroad. A star soloist currently with both the Scottish National Jazz Orchestra and the multinational European Colours Orchestra, he brings a hugely talented quartet featuring Steve Hamilton (piano), Mike Janisch (bass) and Alyn Cosker (drums) to the Blue Lamp for a session of tough, melodic blowing. A turbo-charged amalgam of all your saxophone heroes John Fordham, the Guardian.

One of the most accomplished and inventive guitarists on the European scene, Graeme Stephen began playing rock music during his teens in Aberdeen before discovering jazz through Pat Metheny and Jim Hall. These influences, along with a thrilling sense of adventure, still inform his music, which has recently found enormous favour at London Jazz Festival and on tour with his multicultural sextet. Back at the Blue Lamp for a hometown gig, he leads long-time associates Garry Gibb (saxophone), Pete Lowitt (bass) and Bill Kemp (drums) in a quartet full of energy and engaging creativity and fresh from a successful performance at the Maijazz Festival in Stavanger.

Double bassist Avishai Cohen brings a world class trio to the Blue Lamp, playing music that sings with emotion and packs an irresistible rhythmical punch. Since coming to international attention with keyboard legend Chick Corea in the 1990s, Israeli-born Cohen has gone on to record nine acclaimed albums, blending jazz tradition with Israeli folk music and popular influences from The Beatles to Dr Dre. He introduces the astonishingly gifted young pianist Shai Maestro alongside effervescent drummer Mark Guilliana for a session that will appeal to EST and Neil Cowley Trio fans especially. …one of the best double bassists in the world Time Out.

Saxophonist Adam Bishop leads one of the freshest, most compelling groups to arrive on the London scene in the past decade. Born in England and raised in Australia, Bishop studied formally at the Canberra School of Music and with heavyweights including Barry Harris and Mark Helias in New York and has played with Tomorrow’s Warriors and Polar Bear. Featuring vibraphonist Jim Hart, Larry Bartley (bass) and Shane Forbes (drums), his quartet is the perfect setting for Bishop’s assured, lyrical and searching tenor and soprano saxophones and bass clarinet, creating melodic, daring music with grooving momentum.

BBC Radio Scotland Young Jazz Musician of the Year 2007, eighteen year old pianist Alan Benzie is a star in the making. Originally a classical violinist, Benzie switched to piano in his mid-teens and was soon playing gigs with his own trio and trumpeters Valery Ponomarev and Colin Steele. Currently studying at Berklee School of Music in Massachusetts, where he has already won the 2008 Jazz Performance (Piano) Award, he returns to Scotland with fast-rising young rhythm team Andrew Robb (bass) and Jonathan Silk (drums) for an evening of swinging standards and high-energy original compositions. This performance is presented in association with the 2008 Aberdeen International Youth Festival. Succinctly swinging…a very bright prospect John Fordham, The Guardian

The Theo Travis’ Double Talk event takes place on the 6 June at 8pm at The Blue Lamp. Saxophonist and flautist Theo Travis is joined by his group Double Talk. They feature Hammond organist Pete Whittaker, guitarist Mike Outram and drummer Roy Dodds. Together they create music that is by turns intensely physical, hauntingly atmospheric, passionately direct and infectiously groovin’.

The Trio AAB are a waggish and mischievous group whose sound is feel good rhythms. Trio AAB are the twins Phil and Tom Bancroft on saxophones and drums with guitarist Kevin Mackenzie. 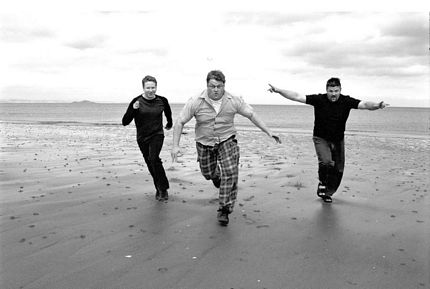 Scottish Jazz singer Cathie Rae has a warm, personal approach that brings out the story in every song. Cathie Rae will be accompanied by a band comprising of piano (Paul Harrison), bass (Euan Burton) and drums (Stu Ritchie). Her special guest will be Colin Steele on the trumpet.

NeWt is one of the most creative bands on Scotland’s vibrant jazz scene. NeWt features the Scottish National Jazz Orchestra trombonist Chris Grieve, the splendidly accomplished drummer Chris Wallace and guitarist Graeme Stephen, an Aberdonian who is carving out an international reputation. The NeWt trio combines melody with adventure, harmony with intensity and muscular rhythms with poised reflection. Their music is entirely composed by the group and is Scottish in its darkness, international in its influences and universal in its appeal.

Peter King has been describes as one of the world’s greatest keepers of Charlie Parker’s alto saxophone flame. A brilliantly creative player, Peter King negotiates bebop’s hairpin bends with the speed of thought of a formula one racing driver and can also play ballads with sensitivity and major emotional impact. Leading a top London quartet with Steve Melling (piano), Geoff Gascoyne (bass) and Martin Drew (drums), Peter King brings the bebop spirit into the modern age, presenting music brimming with virtuosity, imagination and heart.

The Saxophonist Danny Healy is one of the most vital musicians on Melbourne’s vibrant music scene. He has been inspired by Sonny Rollins, Joe Lovano, Joe Henderson and Dexter Gordon and has led his own trio and quartet for the past decade. Danny Healy is a star performer with the Melbourne Jazz Orchestra. The group he brings to the Blue Lamp features long-time associate, Berlin based guitarist Jon Delaney, who has recently been making a big impression in Europe, leading Scottish bassist Brian Shiels and drummer Bill Kyle, and promises keenly reworked standards alongside distinctive original compositions. 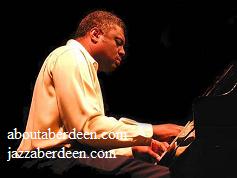 Organisers have secured a highly impressive roster of artists for this year’s event, with the likes of world-famous Scottish sax star Tommy Smith and internationally acclaimed guitar virtuoso Martin Taylor alongside leading lights of the contemporary scene Polar Bear and The Neil Cowley Trio. It is being broadcast on BBC Radio 2 and Radio 3.