Below are details of the Aberdeen cabaret shows venues and entertainment. 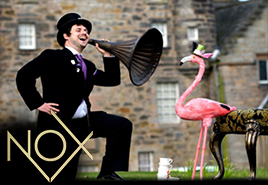 
The Trickery at The Office Late Lounge, Crown Street and the NOX, 2 Justice Mill Lane, Aberdeen is a fun Cabaret show taking place each month. Doors open at 7.30pm with this Aberdeen cabaret show starting at 8pm and finishing 10.30pm. Each month The Trickery will bring you the very best Magicians, Comedians, Burlesque Dancers and other variety and alternative acts from all over the world. They are held on the first Sunday of every month.

Please note that these Aberdeen Cabaret Shows are for those aged over 18 years only due to occasional bad language and partial nudity by the performers.

Example acts include comic and magician Kevin McMahon, one third of the hit Fringe show The Colour Ham, who is now touring with his award winning show. You may have seen him in the television show Faking It. 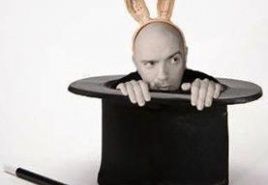 Wild Card Kitty is a regular burlesque performance artist who combines the presence of Marilyn Monroe with the wit of Lucille Ball to create an altogether unique and eccentric 21st Century Bombshell. She will gracefully transform from sultry screen siren to film comedienne before your very eyes - all with a cheeky wink and a charismatic smile.

For ticket prices and to purchase them online, where there is a discount for buying in advance rather than at the door visit
www.thetrickery.co.uk or
www.aberdeenperformingarts.com