After years of campaigning, the humble, but much loved buttery, is to be given protected status for Aberdeen and the Shire. Aptly timed before Brexit, the EU is to grant the much coveted PGS status to the North East’s rowie. 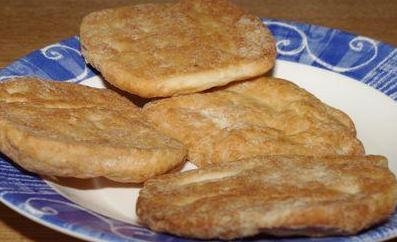 Bakers around the region have reacted favourably to the news that means only a buttery from the Grampian region can be eaten and enjoyed by fans of the morning treat.

Dr Lily Fasoopa of the nutrition department of our University said:
“It’s a richt rare treat tae eat Aberdeen butteries, but maybees nae every morning due to the high lard content. But our Rig or Farm workers can enjoy this high calorie treat a few times a week due to their high-energy intake needed to complete their gruelling jobs. The same for the workers on the Aberdeen By-Pass. They dinnae just stand around watching the traffic build up – they need these extra calories to keep them going.’

“Fit rare! I’m fair tricket! Oh michty me, I love a warmed buttery with lashing of butter and local jam. The EU, the Easy-Moggit Unsteek have done a grand job of awarding the PGS, the Panjoteralised Gadgie Speir!”