In April 2005, The Burnet Rose, was chosen as the official emblem of Aberdeen city. This was to celebrate the Queen's Golden Jubilee as part of a project by conservation charity Plantlife. 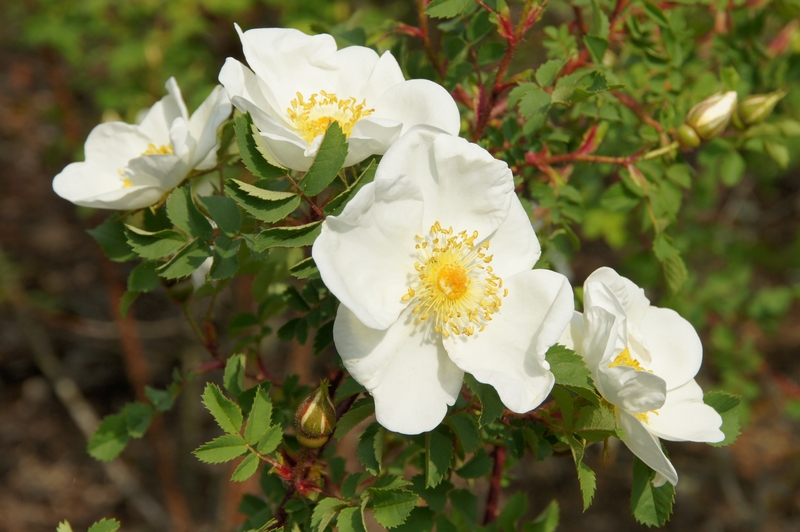 The Burnet Rose is also called The Scotch Rose and its Latin name is Rosa Pimpinellifolia. It is a wild rose from which all Scottish roses were bred. It has creamy white petals and golden stamens and purple/black rose hips. It is nicely fragranced and low growing.


Choosing a rose as the emblem is an apt decision as Aberdeen is often called the city of roses. Many of its public parks and roadside verges and roundabouts are decorated with some bonnie rose displays.

The County of Aberdeenshire chose the woodland flower bearberry.

More flags and emblems from Scotland.