Pictured is the lip smacking delight of Mackies 19.2 triple honeycomb ice cream with tablet fudge sweets titbits which gave a satisfying crunch – go try at their parlour in Marischal Square in Aberdeen, Scotland 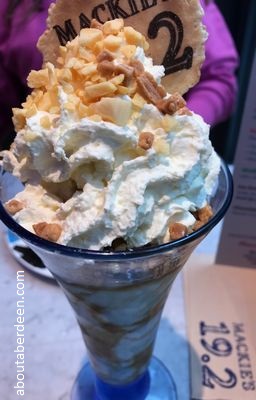 More Places to Eat in Aberdeen.